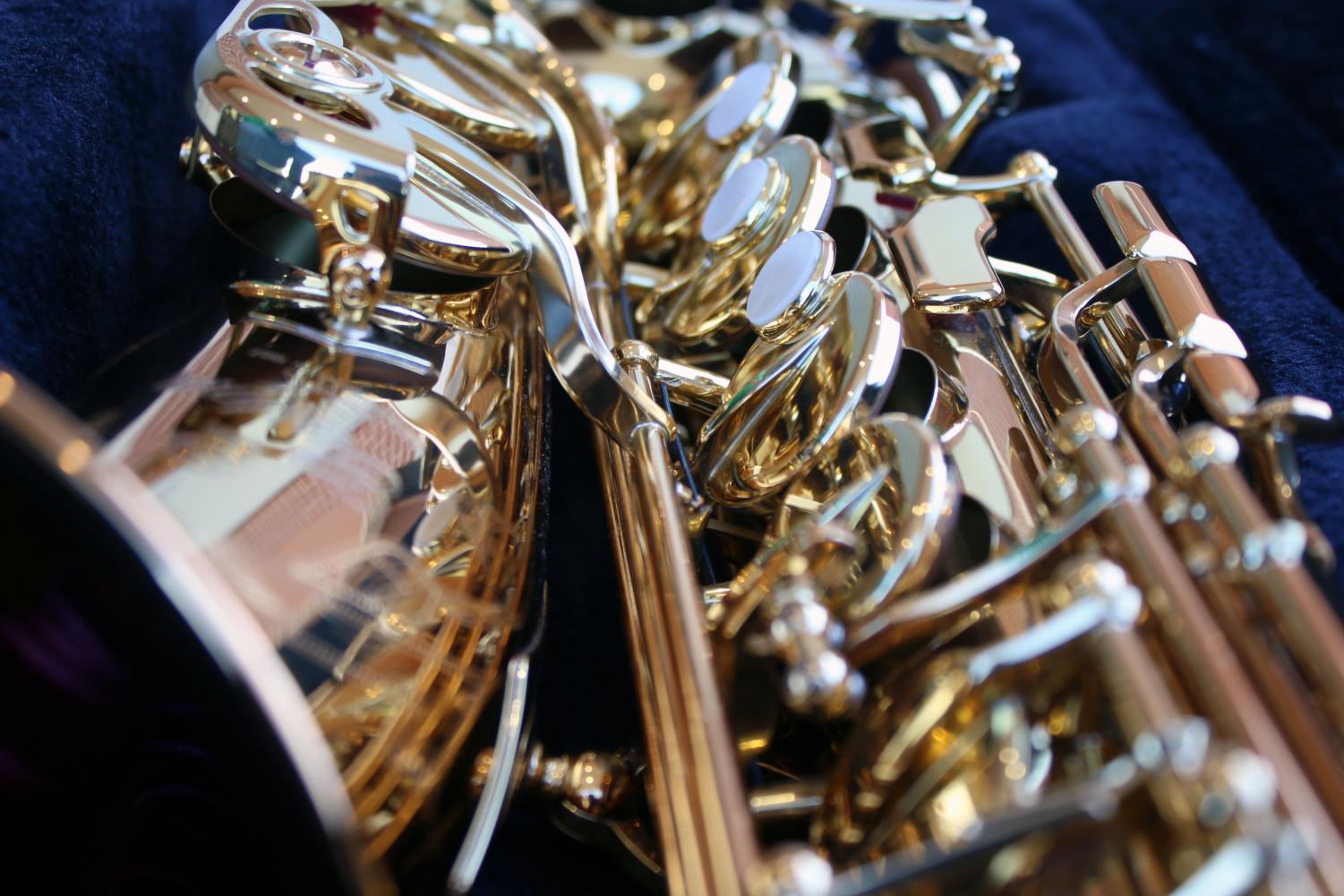 Ending on a high note

Band students compete in solo contests outside of school

Select band students choose to compete and preform solos outside of school in order to progress as musicians – here are a few of them.

Freshman Aayan Patel plays alto saxophone and is a member of the Wind Symphony band, the highest ensemble at the school. Patel recently placed second in the Music Teachers National Association (MTNA) competition, competing in the junior woodwinds division.

“At the end of the day, it was a lot of late-night practicing and [working] on the weekends,” Patel said. “It’s just putting in work for something I wanted and giving up luxuries, like watching TV, for a couple of months.”

“[Preparation is] all about what you do at the beginning and through the end,” Patel said. “It’s not what you do the week before, it’s how you learned the music and how you practiced it – it’s a process. You can’t just start halfway through and expect to do well. For me, it was just consistently practicing and hoping that my method worked out.”

More recently, Patel has undergone the all-region band process. He placed first in freshman region and third in upperclassman region, falling one chair short of advancing to the area round. During the region audition process, many students work solely on audition materials with their private lesson teachers.

“I really like working with my private lesson teacher, Mr. Smith, he’s definitely a big role model for me,” Patel said. “My uncle also [inspires me because] he was big in music when he was in high school. I love talking to him about [music related] stuff.”

In upcoming months, Patel has plans to enter in the North American Saxophone Alliance competition along with Houston Underground, which will take place in March.

“I enjoy playing saxophone,” Patel said. “It’s a really fun thing for me to do. The feeling when you finish your performance knowing it went really [well], knowing you put in the work and it payed off – that’s one of the most rewarding moments [that keeps me coming back.]”

Junior Ian Boggs plays the tenor trombone in Wind Symphony and was featured as a soloist for the band’s 2020 marching show, “La Suerte Azul.” He has competed in multiple solo contests sponsored by the International Trombone Association. He prepared “Sinfonia in F” and “Concerto” by G. B. Pergolesi and Henri Tomasi for two of these contests.

“I didn’t place in the top three, so I didn’t see my exact score, but I did get feedback from some of those judges,” Boggs said. “It was really cool to see what things I needed to work on to get better as a player; there were prizes, but they weren’t what I was going for. I was just going for some valuable feedback.”

In addition to competing individually, Boggs earned a placement in the All-State band and has performed as a member of the Hebron Trombone Octet. The octet was the first high school group to be invited to the International Trombone Festival in the summer of 2019, and alumni were invited to play with the ensemble.

“All of the alumni that I know [inspire me,]” Boggs said. “The culture that we have with the alumni [is strong.] They’re my mentors – they made playing a lot more fun. Hopefully I’ll be able to end up like some of them [and play at a]  prestigious college.”

As of right now, Boggs is working on school-sponsored solo contests and hopes to win an outstanding soloist award at the state level, a contest held at the University of Texas at Austin in June.

“As contests show up, I’ll [keep entering] in them,” Boggs said. “A lot of these contests are annual so if I don’t get it this year, I’ll try again next year.”

Junior GianCarlo Lay plays both soprano and alto saxophone. Lay is a member of Wind Symphony and has been featured in the saxophone quartet for the band’s 2019 show, “Among the Stars,” and as a soloist for the 2020 show, “La Suerte Azul.” Lay has recently placed first in the Music Teachers National Association (MTNA) competition. He prepared four pieces for this contest: “Three Letter Word” by Andy Scott, “Sonate en ut #” by Fernande Decruck, “Concerto No. 2 in B minor, Op. 7, III. Rondo” by Niccolo Paganini and “Pequena Czarda” by Pedro Iturralde.

“The thing I like about being a virtual-plus student is I can do my school work whenever I want,” Lay said. “I’ll go to school for band, and after band I have two straight

hours of second period that I do at home, so I can use that time to practice.”

In addition to his recent placement at the MTNA competition, Lay has received a variety of scholarships and recognitions, including a placement in the All-State band and the Jack Kent Cook Young Artist Award.

“Making the All-State band and being invited as a quartet to perform at From the Top’s L.A. show for their NPR program are two of the greatest honors I’ve had [thus far],” Lay said. “[Additionally,] I received the Jack Kent Cook Young Artist Award; I submitted my application through NPR’s From the Top [program]. I submitted essays about financial situations and some videos of my solo recordings.

Currently, Lay is preparing music as a part of a saxophone quartet; they will be competing soon, but have not made final recordings. Next year, Lay will be competing in the North America Saxophone Alliance. Conferences will be held virtually through April of 2021.

“The way that music makes me feel is a big [motivator] for me, and the people that it’s led me to and experiences it’s given me are a great inspiration to keep going,” Lay said. “I love playing saxophone, love music and love playing music with other people –  that’s something that I want to do for the rest of my life. That’s where I’m headed.”