Girl’s basketball to play against Lewisville in new arena, Friday 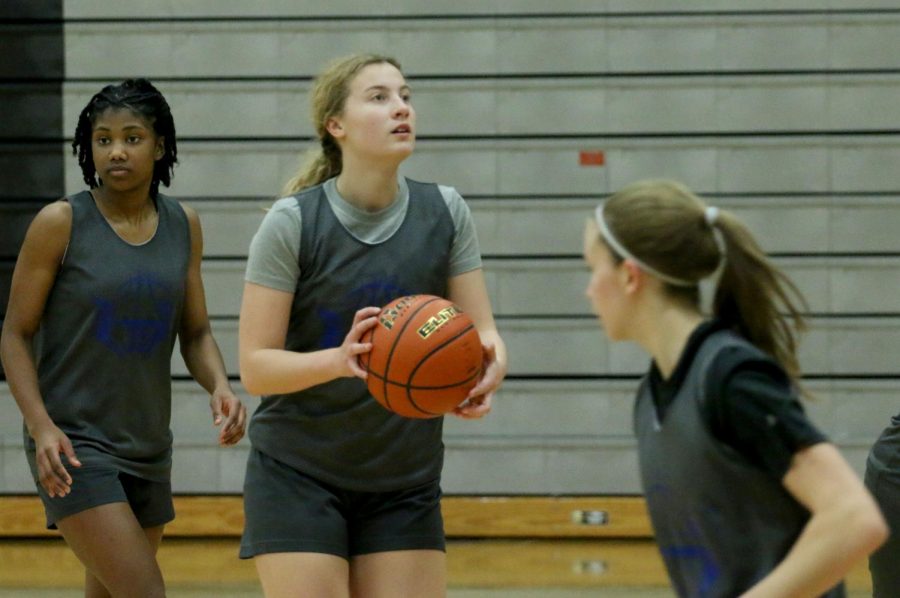 Senior Zosia Rej practices her free-throws during third period on Feb. 2. The team practices every day after school from 4 p.m. to 6 p.m.

Girls basketball will play in the new arena against Lewisville High School tonight at 6:30 p.m.

“We found out my sophomore year that we were getting an arena,” senior Zosia Rej said. “I saw it being built every time I pulled up to practice, and finally being able to play in it is surreal — like a fever dream.”

The team is currently fourth in the district, with eight wins and five losses. This game will determine who they will face in the first round of playoffs.

“If we play the way we are capable of playing, I love our chances,” head coach Lisa Branch said. “My expectations are that we play hard, play smart, have fun and play together.”

The team has been preparing as they usually do by watching film of their opponents and practicing. They have been practicing in the arena to adapt to the new environment.

“[Practicing in the arena] has been really weird because the court seems a lot bigger than it actually is, so we’ve been adjusting to it,” Rej said. “It’s nice to have a little change, though, because our season has been so stagnant.”

The girls previously played against Lewisville Jan. 12, losing 41-39. Rej said she hopes the loss will fuel the team to play better in the coming games.

“This time we are hungry and ready to beat them,” Rej said. “They are probably one of our biggest rivalries, and the arena is adding some extra excitement. With four seniors on the team, I think we are extra hungry because this is our last district game for the rest of our lives.”