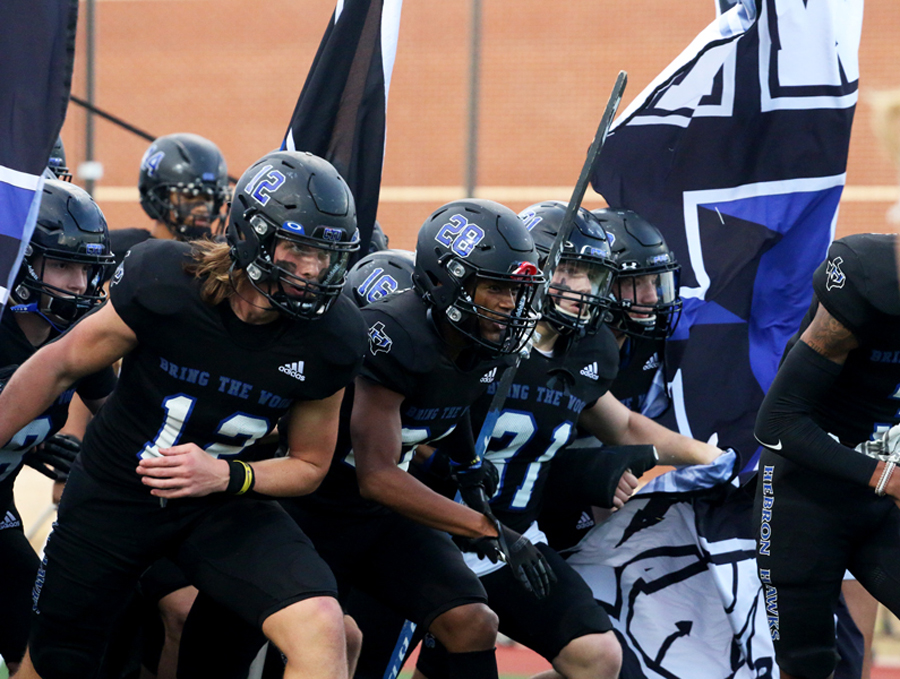 Tight end and middle linebacker Carter Brock and cornerback Travail Jones enter the field along with the rest of the team before the game begins. The football team runs in through the large inflatable Super-H at every game.

The football team celebrated its first win of the season against Plano East at home on Sept. 24. The Panthers led in the first quarter, but the Hawks came back for a final score of 29-18.

Rose Bowl President Dr. Bob Miller was in attendance to announce the official invitation for the marching band to perform in the Tournament of Roses Parade in January 2022.

Elementary schoolers from Hebron feeder schools were also invited to attend the game.