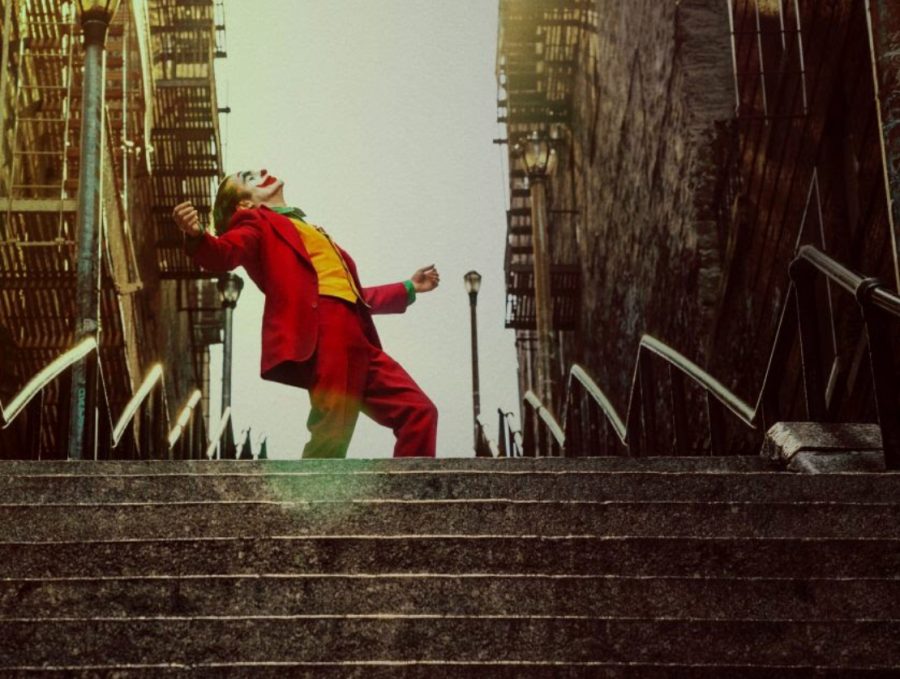 My previous notions of Gotham’s Clown Prince of Crime were the whimsical, classic, hilarious Joker from the old cartoons. Going into Joaquin Phoenix’s adaptation of the Joker, I knew he was definitely going to deviate from the previous animated versions and recent live action clowns: Heath Ledger and Jared Leto. What I didn’t expect was to get fully immersed into the Joker’s pessimistic and dark mindset.

The film starts off on a negative note, focusing on Arthur Fleck’s (the main character) struggle with fitting into society. He struggles with balancing his debt, failed dreams of being a comedian and his day job of being a clown for hire. On top of his low quality of living, Fleck also struggles with a variety of mental illness that separate him from the people around him.

Many of the Joker origin comics focus on the clown’s mental illnesses and hardships in life before becoming Batman’s arch nemesis. In the 2019 film version, they also highlight Fleck’s need for medication, and the perspective of the movie is mostly through Fleck’s delusional mindset. Because a lot of the movie is through the eyes of someone who isn’t mentally sane, viewers will realize that many of the events that occur are fabricated by Fleck’s damaged mind.

Since it’s hard to tell the difference between what’s real and what’s fake, the plot twists and the revealing of truth are one of my favorite parts of the movie, because it gives you a deeper insight into Fleck’s psyche.

There is a lot of controversy concerning the movie, especially with mass shootings and violence in today’s world. People are concerned about the movie adding to the already present violence in today’s society. However, I think the movie presents the consequences of negativity, and shows us humans are capable of affecting someone’s life with simple actions, just as the people who outcasted Fleck.

Once Fleck goes off his medication and begins his Joker persona, he is happier and earns the recognition he has always yearned for. His life of crime is far more successful than his previous way of living, but people are concerned about others following in his footsteps when they see the payoff he receives.

Viewers don’t like how the movie almost justifies Fleck’s violence by blaming it on mental illness or social stratification. It gives mentally ill and lower social class more of a negative connotation than they already have, but I think it is an integral part of the Joker’s origin story and can not be taken out of the storyline, despite people’s concerns.

Due to the controversy and the darkness of The Joker, there have been mixed reviews. Personally, I was a fan, due to the nostalgia of the character as a whole and the comic book similarities. I enjoyed the movie, and hope they find a way to incorporate Bruce Wayne and the whole Bat family arc in the future.