Was season three a mistake? 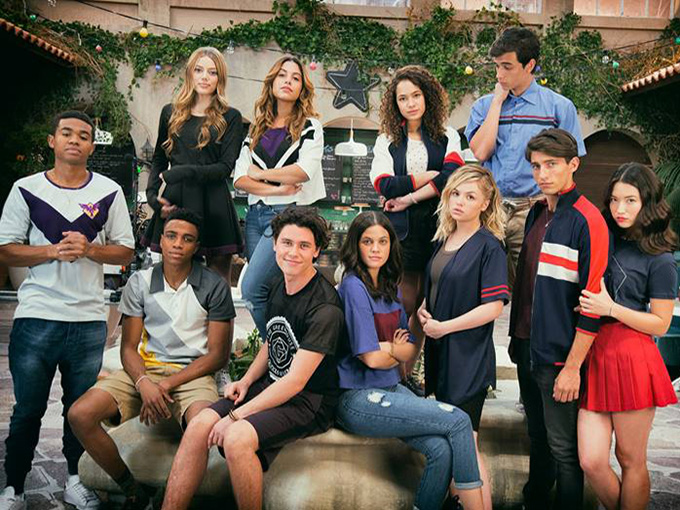 Netflix came back with another unexpected season of Greenhouse Academy on Oct. 25. At the end of season two, Hayley started to like two people, and in the end, she had to decide who she wanted to be with. The last episode left viewers on a huge cliffhanger where Hayley opens the door up to the guy she decided she wanted to be with.

In the first season, almost a year after their mother’s death, the main characters Hayley and Alex decided to go to an elite boarding school for future leaders. After while, they uncovered a dangerous plan some people made to destroy the greenhouse. Hayley and Alex joined forces with their friends and are able to stop the plan before it happens. In the second season, Hayley and Alex’s mom was supposedly alive and had been in a coma for over a year. The whole season shows flashbacks of all the events that led up to their mom’s death. In that season, a new group of gamblers make a machine that could make earthquakes and they bet on the resulting earthquakes. When Hayley, Alex and their friends find out the whole Greenhouse was threatened with a bomb, once again they brave up and fix everything. In the end, everything was fine and Hayley and Alex are reunited with their mom.

The first episode of season three starts with a scene where Leo and Daniel are fighting, and then transitions back a week before to show what led up to that moment. I thought the first few episodes were confusing because the whole storyline was out of place. Season two left off atone point and season three’s plot picked up a few weeks later. It got even more complicated when two of the main characters were recast and another character completely left the show. Although I liked how the storyline took place after Hayley chose to be with Daniel and they were in a relationship, I felt that the whole show was all over the place.

After all the crazy drama that happened in the previous season, I wish this season would be calmer and show more of Hayley and Alex enjoying time with their family since their mom came back. Season after season, the show keeps getting more dramatic, and initially, I enjoyed it, but now it’s gotten to the point where it’s not interesting to watch. I really wanted the season to include more scenes with everyone at school actually competing and doing normal things. I also just feel like the story isn’t realistic. They should have included some intense scenes showing what high school is really like because not all high schools deal with dangerous objects from space.

I did like how they incorporated Ryan (Hayley and Alex’s mom) throughout the show. The headmaster at Greenhouse unintentionally hurt the kids so he was forced to leave the academy, but his spot was soon filled by Ryan. It was exciting to see Ryan’s character come into play and just see what kind of a person she is. Although her new position as headmaster caused some conflict, in the long run, she made Greenhouse a really positive environment for everyone.

Overall, I feel like this season didn’t do much justice to the show. Although the show ended on a cliffhanger that kept me on the edge of my seat, I wasn’t pleased by the season. In the last few moments of the last episode, the screen said ‘to be continued…” so I’m curious to see if the creators are adding more episodes to season three or if they are creating a new season. Although I didn’t enjoy the season I hope the show continues because the ending was just so intriguing and I want to know what happens to everyone.