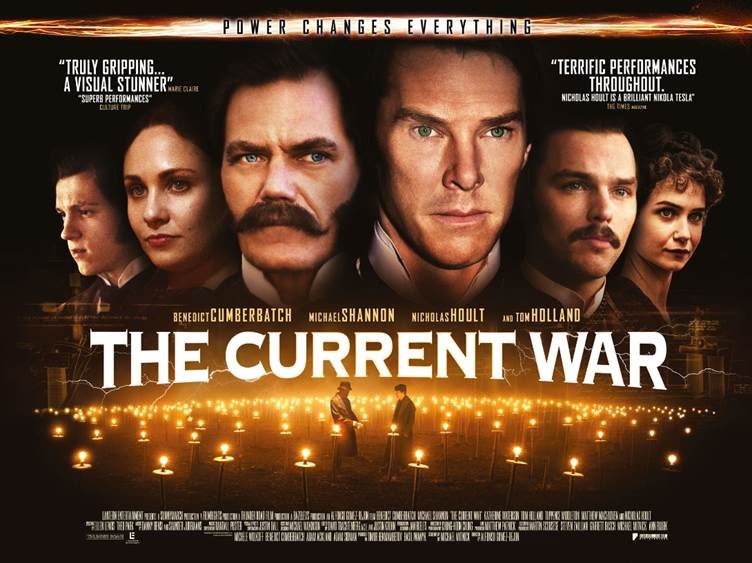 After two years of uncertainty, “The Current War: Director’s Cut” was rescued by 101 Studios and released in the U.S. on Oct. 25 following Weinstein Co.’s collapse in the aftermath of sexual misconduct allegations against its co-founder Harvey Weinstein. Director Alfonso Gomez-Rejon was able to approve the director’s cut of the movie so it could be released after the movie sat in storage collecting dust for two years. “The Current War” is a historical drama that follows the race between the two pioneers of electricity, as Thomas Edison (Benedict Cumberbatch) and George Westinghouse (Michael Shannon), to illuminate the 1893 Chicago World’s Fair.

When I was made aware of the movie, I was apprehensive toward its quality. It debuted at the 2017 Toronto Film Festival it was not critically acclaimed, the reviews were sub-par and the only people in the audience at the theater were old people. When I saw it with my boyfriend, we were the youngest people in the theater by at least 30 years. I prepared myself to be bored through a bland historical drama while he grinned with excitement.

The film began exactly as I had expected. The audience was thrown into the narrative with no gradual introduction of the nature of the characters or the plot. The viewer is placed in Edison’s life after he has risen to fame and fortune with his invention of the lightbulb; everyone already knows his name and asks for autographs. Westinghouse appears as the man in second place – still a considerable player in the race for electricity, but no one wants his autograph. It felt as though we start the movie in the middle and are expected to figure out the roles and plot as it goes along. I spent the first 30 minutes of the movie confused and critical.

Then, the pacing fell into place and something clicked in my mind. I became enthralled. The cinematography is brilliant. The score adds emotion to the beautiful shots. The script has more profound quotes than I can count and the actors’ delivery of the lines are incredible. Tom Holland as Edison’s secretary stood out in his emotional advice to Edison after his wife died. These elements melded together to create a captivating film that addresses the hardships of grief, the responsibilities that come with success and the resilience of the pioneers of electricity.

I wasn’t surprised by the magnificent acting because of the star-studded cast, with big names such as Cumberbatch, Shannon, Nicholas Holt and Tom Holland. As for the cinematography, the shots were revolutionary. The scene where the 1893 Chicago World’s Fair was illuminated was enchanting – it filled the screen with sparks of light reflected on the inventors’ faces and gave the audience a feeling of pride and success. The perspective shots during the first use of the electric chair were haunting. The recurring uses of symbolism made for an illustrative viewing experience. Many details had to be implied from the transition shots and while that might be annoying for some, I found it intriguing and it made it a movie that required complete attention.

This is a film the average viewer might not enjoy because it draws a niche audience, but for history buffs or a film nerds, it’s one to watch.. Though I was skeptical at first, I ended up loving this movie and highly recommend it.