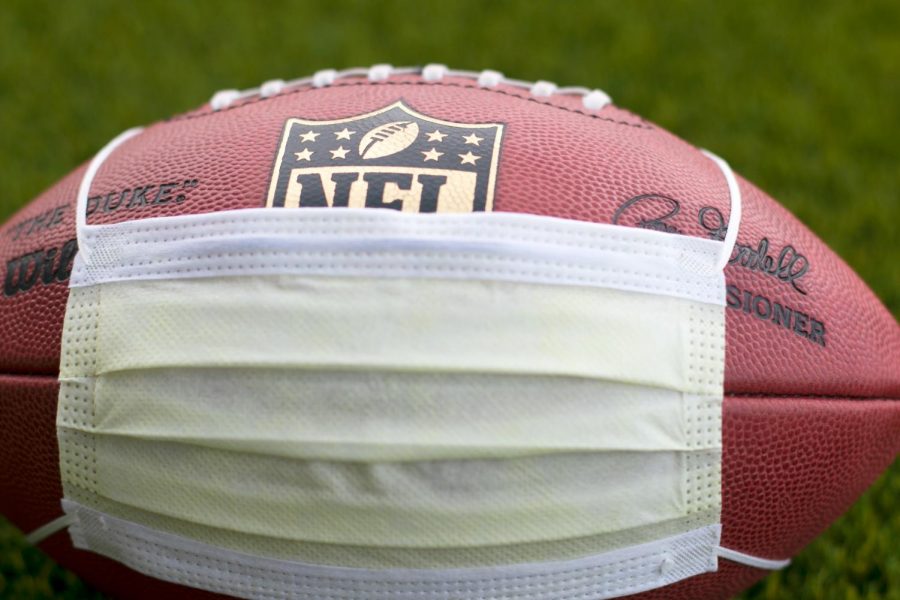 This year’s NFL Draft, the highlight of the NFL off-season, was virtual for the first time ever. Covid-19 forced the draft, originally supposed to take place in Las Vegas, to be held as if it were a Zoom call.

The draft began with a touching monologue from Peyton Manning who addressed the Covid-19 situation and talked about how the draft can be used as a way to bring some normality to people’s lives. However, the draft was far from normal.

Sixty players and representatives from each of the 32 teams had broadcasts set up to show their own draft experience. NFL commissioner Roger Goodell, who traditionally presents each pick, did the same while in his basement instead of in front of a large crowd. Analysts such as Louis Riddick and Mel Kiper also had appearances in the draft as usual.

I was happy to see that the analysts still played a big role in the draft as without their commentary the draft would seem never-ending, the only relief being when a pick is finally announced. The quality of the broadcasts differed for each person, some crystal clear and some a bit blurry. Nevertheless, the inclusion of the analysts and players made the draft feel a little more normal.

The most odd aspect of the draft broadcast was the fans. To maintain the live audience that is important in the traditional draft, the broadcast included broadcasts from various fan’s homes to represent the fan base of every team. Although an attempt was made, it was weird to watch fans go crazy without any sound and with blurry visuals. It would’ve been better to just keep them out of it or allow their audio to be heard, rather than them look like a bunch of mimes.

Although the visual quality was lacking, player interviews continued to be commonplace during the NFL Draft. Player comparisons and highlights that are essential for the draft experience were not affected, allowing for the draft to feel a bit more typical.

Reactions from players and their families in response to getting drafted are always nice to see, and this draft was no different. In fact, the home broadcasts led to some of the better moments of the draft – a dog making the pick, a player snatching the phone out of his girlfriend’s hand and a player wearing a robe while getting picked. However, a camera in the living room cannot capture all the emotion that players and families feel during the draft. In the future, it would be best for the top players to continue to be at the draft but later rounds could keep the home broadcasts to make them more entertaining.

Even with all of the attempts for normalcy, the draft just felt a bit weird. Watching the commissioner get booed by fans isn’t the same on a screen as it is in person. A basement just can’t replicate a football stadium.

All that being said, the NFL Draft, even with its odd feel, provided an escape from a mundane quarantine life. It provided even a little bit of sports, which is all fans could ask for.