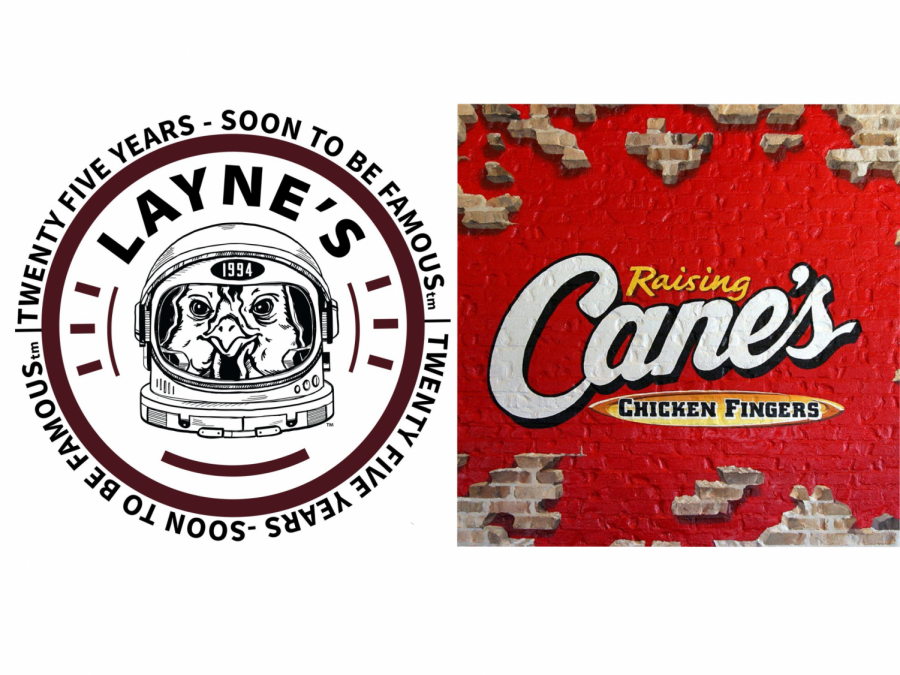 Ever since Layne’s opened a restaurant in Lewisville, I have heard different opinions from my friends in the Layne’s vs.Cane’s debate, so I had to put it to the test.

I would like to talk about the origins of each fast-food restaurant. Mike Layne opened the first Layne’s store in College Station, home of the Texas A&M Aggies, in 1994. They have continued to expand and now have stores in Allen, Lewisville, Frisco and College Station. On the other hand, Todd Graves opened the first Cane’s in Baton Rouge, near LSU in 1996. The store got its name from Graves’ dog, “Raising Cane”.

Personally, I like Layne’s chicken better because it is crispier and less chewy. On some occasions, I have had Cane’s chicken that feels microwaved, which goes against their advertised “FRESH, NEVER EVER FROZEN® premium chicken.” For that, Layne’s gets my chicken vote.

Both restaurants serve crinkle-cut fries with each meal. I like that both have crinkle-cut fries, because that gives them a more fun feel. The fries’ taste doesn’t have much of a difference, but their textures do. I have gotten soggy and mealy fries from Cane’s before, which is a big disappointment, but whenever I have gotten Layne’s, the fries always come out hot and crispy. Once again, for these reasons, Layne’s gets my fries vote.

Both restaurants serve Texas toast with their meals. Layne’s toast is made from Mrs. Baird’s bread that has been brushed with garlic and butter. Cane’s toast is a thicker piece of bread that has also been brushed with garlic and butter. The garlic flavor on Cane’s bread isn’t overpowering like Layne’s has been in the past. Though the breads are quite similar, I give my bread vote to Cane’s because their bread has a toasted outside and soft inside.

As for their sauces, both places have a signature sauce that is quite similar. The sauces from both are exquisite, and my favorite part of their meals. If the signature sauce is not your pick, Layne’s has a variety of other sauces such as honey mustard, barbecue and ranch. Cane’s doesn’t advertise any other sauces, but if you ask, they do carry honey mustard. As a sauce connoisseur, I must say the abundance of choices from Layne’s gives them my sauce vote and a head up in this competition.

Overall, both are great places to go if you are looking for satisfactory chicken finger meals. Having reviewed the criteria though, I must crown Layne’s as the winner in this competition for their crispy chicken fingers, crunchy fries and alternative sauce choices.