Jordan airs it out 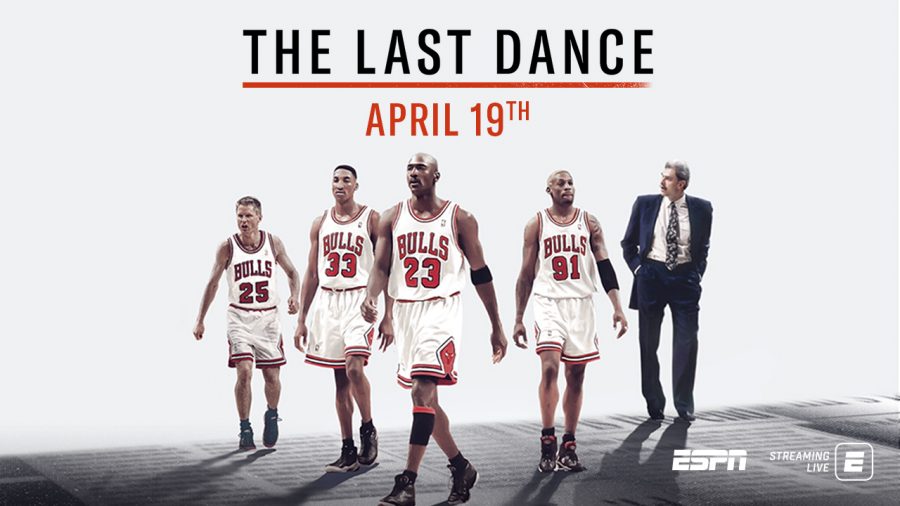 After being released early due to intense pressure from fans and celebrities, the ten-part documentary about Michael Jordan and the Chicago Bulls final championship run has finally ended. The documentary not only provided new footage of the final season, but also a much-needed sports rush for fans who have been deprived of sports due to the pandemic. The series is a bright spot in an otherwise gloomy situation.

The series centers around the 1998 Bulls’ season and goes through Jordan’s career from college to his last as a Bull. The series focuses on essential moments from his career, both good and bad, while giving more details on stories many have heard before.

The documentary also includes various teammates of Jordan that provide more insight and perspective on his career. Some episodes focus on prominent teammates, such as Scottie Pippen, who share more of their story as well as Jordan’s. This added even more quality content for sports fans to enjoy.

There is a lot to cover, thus the decision to make it ten parts. Some feel like various  players were slighted on screen time but I personally think the players who deserved to get screen time did. The inclusion of many other players was necessary for this documentary; the stories, perspective, and thoughts of the other players added to the series.

I think the series painted Jordan in a positive light, however, it was not just a highlight tape of his career. Many of Jordan’s criticisms and controversies were brought up and discussed, not cast aside. I think this allowed the series to be a relatively true depiction of Jordan’s career, which is important in informing those who weren’t able to live through it.

I think the documentary was a good way to present Jordan’s career to a younger generation who was not lucky enough to see it as it happened. The series provides detail on his career that even the most hardcore fans might not have known.

My favorite thing about the documentary was that I had something to look forward to every Sunday night, even during quarantine. Watching the series became an event, one where my parents would re-live some of Jordan’s story while I witnessed much of it for the first time.

Obviously, the series did well numbers-wise, as it was well produced and people had nothing to watch with a lot of time on their hands, but I think the series provided more than that. It was an escape from the monotony of lock down and a detailed look into the career of one of the greatest athletes of all time.