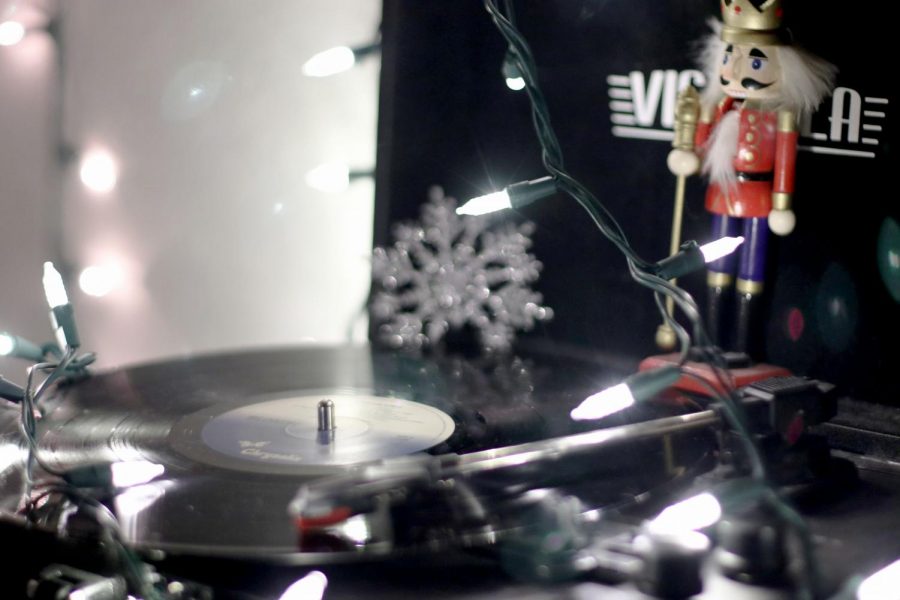 As Saint Nick begins preparing for the holiday season, I often find myself groaning after listening to the same Christmas classics over and over again. While the holiday season is filled with cheer, most Christmas songs are sickeningly sweet; however, this playlist is filled with non-traditional options that any pessimist will be glad to listen to while unwrapping presents.

One of my favorite artists this year, Ricky Montgomery, is finally achieving recognition, despite his album releasing in 2016. This song’s melodic beat has the same festive energy as the classics, but with lyrics that hold a more realistic view of life.

Phoebe Bridgers’ vocals are absolutely angelic and work perfectly with any Christmas-themed song. This song contrasts the joy of the seasons, such as reuniting with family, with the horrid moments such as the expectation to feel happy during the holiday.

The holiday season is filled with nostalgia, whether it is rewatching your favorite Christmas movies or participating in other traditions. This folk song uses an upbeat melody with lyrics that reference classic fairy tales in order to give listeners a warm feeling that brings them back to happy memories.

The band HAIM has created a holiday song that isn’t specifically catered towards Christmas, which makes sense as the three sisters are of Jewish descent. While it has the same upbeat energy as many Christmas songs, this song is a great option for those who don’t celebrate Christmas and are tired of hearing the same songs throughout the season.

This song has been my to-go to song for wrapping presents because it makes me feel like I’m standing in a fun elevator. As weird as that may seem, the funky beats are the focus as the few mello lyrics are good background noise for any holiday activity.

“We’re The Lucky Ones” – The Marias

Unlike most of the songs on this playlist, this song relies on its positive lyrics about love to describe the joy of giving to those who are precious to you. The song talks about typical Christmas items such as mistletoe and gifts, but in a way that doesn’t feel like Mariah Carrey is shoving a candy cane down your throat.

This adorable song could persuade anyone to put on their ugliest sweater and dance around the Christmas tree. It is very reminiscent of cheesy 80s pop songs, with an infectious beat that made me want to sing this song all season long.

It is no surprise I added another Ricky Montgomery song to this melancholy playlist, especially since this song describes the dark side of winter. It shows that the Christmas season is not always filled with bright baubles, but still holds catchy lyrics that remind me of playing in the snow with numb fingers and toes.

Known most for his soothing vocals in the “Call Me By Your Name” movie soundtrack, Sufjan Stevens previously created multiple Christmas-themed albums. This song incorporates jingle bells and calming lyrics to create a wintery ambiance.

Filled with bells and verses sung by a choir of children as well as the band, this song can bring anyone into the spirit of the holidays. Overall, it is a very lively song that has the aspects of various holiday classics that you may miss while listening to indie/alternative music.

This song remains very festive, even though it discusses the sometimes painful experiences of reaching a destination. Rarely do I think that drives are a crucial aspect of the season, so it is nice that this song romanticizes car trips, which are typically a part of the holidays that I’m impartial to.