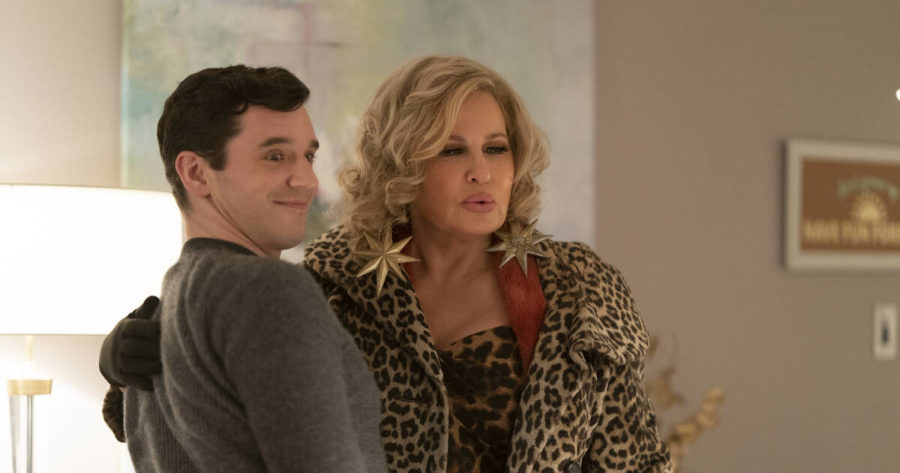 Netflix’s new movie, “Single All the Way,” was released on Dec. 2, and it piqued my interest because it was a Christmas rom-com that featured two gay men. I will admit that I am no devoted fan of rom-coms, but this genre seems to hold a certain spark during the holiday season. Though the movie was a fun watch, it lacked in everything else.

The movie is led by Peter (Micheal Urie), who just cannot seem to hold on to a romantic relationship. He plans to bring his best friend, Nick (Philemon Chambers), home to his family to celebrate Christmas and pretend to be a loving couple to please Peter’s parents. However, this plan doesn’t materialize. Instead, Peter’s mom (Kathy Najimy) forces Peter to go on a blind date with her gorgeous spin instructor, James (Luke Macfarlane). The movie proceeds to build a love triangle that forces Peter to choose between Nick and James.

Clearly, this movie held true to its genre in its cliche-ridden plot, predictability and lack of realism, but I was fond of some parts of the movie. I loved how the movie did not include the conventional closeted gay character trope and instead focused on a man just trying to find love. Moreover, it was refreshing to see the diversity on screen. The best parts of the movie, though, laid within the familial bonds that supported Peter throughout his journey. The scenes with his extended family were cute and emotional, and family was a central theme to the movie — even more so than the actual romance.

Despite its diversity and familial elements, the film still lacks actual substance. Though rom-coms already provide a low bar to surpass, “Single All the Way” barely missed it. The forced humor and the overdone love triangle trope make it just another basic film, and the plot is almost a carbon copy of every romantic holiday movie. My biggest problem was the emphasis the movie placed on the need for a relationship. It was almost as if the movie was telling single people to get into a relationship, or they would be destined to be cat ladies forever. In real life, this unhealthy narrative pushes people into romantic relationships they are just not ready for.

Although the movie was excessively cheesy, it did have its fun, quirky moments. Plus, it entered a space predominately made for straight couples. It is still a fun holiday movie, you just shouldn’t have high expectations.