The Hawk Eye • May 16, 2022 • https://www.hebronhawkeye.com/entertainment/2022/05/16/three-days-graces-new-album-offers-nothing-authentic-or-different/ 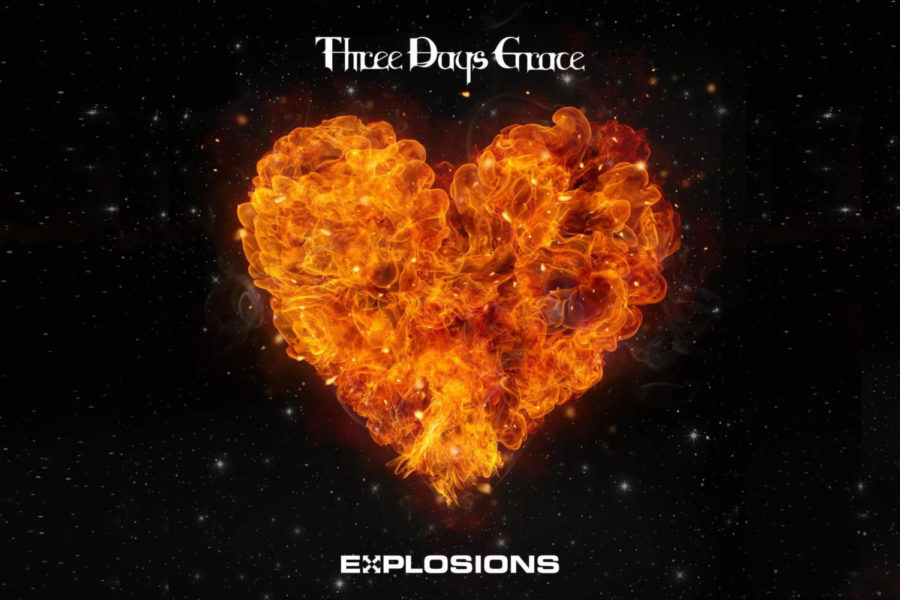 After waiting four years since the release of their last album, “Outsider,” I was eager to hear Three Days Grace’s seventh album, “Explosions,” which was released on May 6. I’ve always had pretty mixed opinions on this band, as their songs usually feel pretty hit or miss, and they’re a band whose discography I wouldn’t really listen to in my free time. This is also the band’s third album with vocalist Matt Walst after Adam Gontier departed from the band due to health reasons.

Though the band has always left me conflicted, I still tend to enjoy them for their angstier sound — especially in their older music. A lot of this album held onto that well-known rock sound of theirs. My favorite songs from the album were “Chain of Abuse” and “Redemption” since they still had their same vibe, but the lyrics felt different than their other songs. This ended up actually being a huge positive since I came to the realization that a lot of the songs from this specific album tended to lyrically blend together a lot, making it hard to differentiate one song from the other.

Though I enjoy the band’s consistent sound, I also found it to be a negative. These members range in age from their early to late 40s, and I don’t know why hearing songs such as “Neurotic” and “I Am The Weapon” caused me to laugh more than relate once that realization set in. Yes, the desired sound is there, but the authenticity of it, on the other hand, was lacking. It was clear these guys have moved past that beloved sound from years ago, yet they know their demographic and don’t want to try anything new. It felt as if they were trying to put on this false and edgy demeanor for the sake of adhering to their image. The band did well in showing how Walst fits Three Days Grace’s usual sound and vibe, but the overall album sound felt a little fake and average.

Though I was worried the band would stray away from their original sound, a part of me wishes they would incorporate something new that still gives us some of the old as well as something new to mark this era.