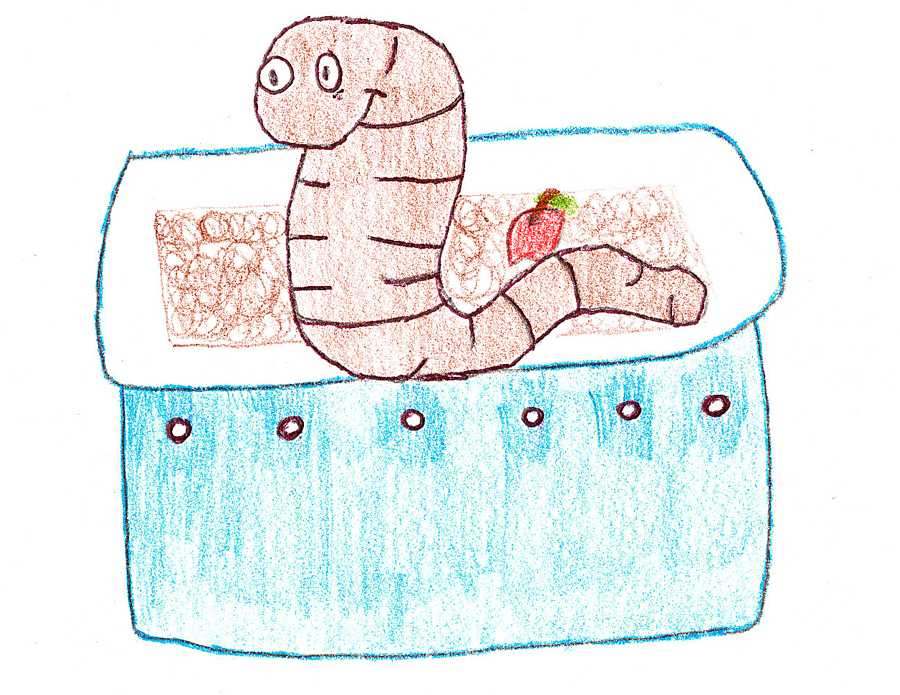 AP Environmental Science and Chemistry teacher Patricia Ehsani started projects to help the environment, including a worm composting bin. Creating a worm composting bin helps save the environment from harmful greenhouse gases and the compost is rich in micro nutrients which adds more nutrients to the soil. This bin is simple to create and easy to maintain. Ten minutes of your day and an occasional apple core tossed in does wonders for the Earth.

-A bin with a lid: A plastic tub or box found around the house to hold the worms will work. Worm containers are also sold on Amazon and other stores.

-Bedding: The worms need a layer of ordinary shredded printer paper, straw or grass to provide a cushioned layer in the bin. If you are feeling adventurous, colorful paper is an option.

-Wet dirt: Grab some dirt outside and sprinkle on top of the bedding. Add water to moisten the layer. Caution: moisten does not mean flood.

-Food: Worms need continuous amounts of food to survive. Table scraps and juicy fruit, such as watermelon rinds or apple cores, will work. If you had eggs for breakfast, egg shells can also go in for the worms.

-Poke small holes in the bottom and sides of the bin to provide ventilation for the worms. Place a cover on the bin to protect the worms from sunlight and keep them from drying out. Putting the bin in a cool place will also help this.

-Put the shredded paper in the bin and add moist dirt. Add the scraps and mix them into the bedding.

-Feed the worms a small amount once a week and slightly larger amounts as the worms reproduce. The worms will also eat faster if the food is in small pieces.

-Add more shredded paper and bedding about once a month or when the bin is half full.

-Water the bin every other day to keep it damp. It should have the same dampness as a wrung out sponge.

-Note: If the bin starts to stink, add more paper and feed the worms slightly less than usual.

-After about three or four months, put on some gloves and scoop out some of the compost and worms. Put the pile on a piece of paper and push off some of the top layer to a separate pile. Give the worms enough time to move to the center of the pile. Be patient and you will have a pile of compost to add to a garden and a pile of worms to return to the bin to start composting again.

After following these steps, you should be one step closer to helping the environment with a bin full of compost to add to any garden or plant life. Enjoy!