Is it worth it?

A closer look at 13 Reasons Why 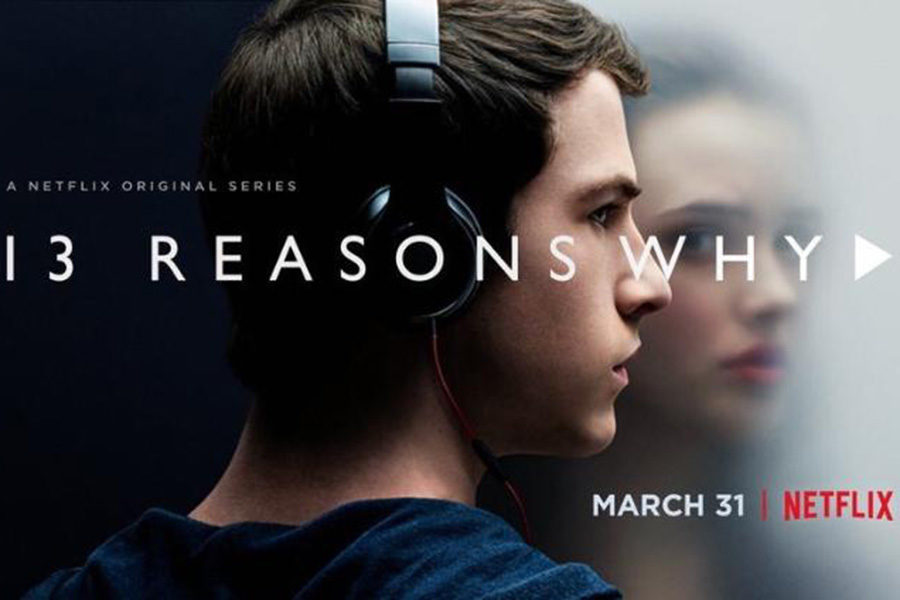 Whispers fill the hallway as everyone talks about the latest gossip, whether it’s the party over the weekend, the hard physics exam or the death of Hannah Baker. Nearly 30,000 Americans commit suicide every year and Hannah Baker has joined that number. Not only did she leave sorrow with her classmates, but also 13 cassette tapes.

Based off New York Times bestseller 13 Reasons Why by Jay Asher, the Netflix-produced show of the same name tells a story about Hannah Baker (Katherine Langford), a high school student who recently committed suicide. She leaves behind 13 tapes, each dedicated to a person that drove her to commit suicide and forcing each to pass the tapes along to the people mentioned. When Clay (Dylan Minnette), receives the tapes, he’s confused as to how he could have led to Hannah’s death, especially because he had a crush on her.

In the pilot episode, Hannah begins with Justin, a basketball player who spread rumors around that he and Hannah hooked up, causing Hannah to be considered the “slut” of the school. With the rumors spreading through high school, Hannah becomes a target for bullying and eventually becomes depressed causing her to kill herself. High school is a strange place, a setting where kids turn into adults, and the show is able to illustrate that by exploring mature themes in a place everyone can relate to.

After watching the first episode, I was addicted. Hannah is exactly the character I imagined in the book and Langford does an amazing job acting as that new quirky girl who’s just trying to fit in. As the show progresses, the audience is able to feel for Hannah and connect with her, making it harder to watch because she is so relatable. 13 Reasons Why isn’t your normal teen drama, but a new adult tragedy with the mysterious plot and amazing acting.The whole time the audience is wondering who the next person is on the tapes and the ends with cliff hanger, making the wait for season two a struggle.

However, at some points of the show, some of the stories weren’t very impactful and ended up dragging the show. Because the tapes overlapped, many of the tapes could have been combined instead of having an hour-long episode with unnecessary build up. Compared to the books, the show is drastically different in terms of how it was executed, but once you get past the point of how Clay took weeks to listen to the tapes instead of listening to it in one night, the essence of the book is still there. Seeing the other side of the tapes and how everyone was affected by her death really built the plot.

All these elements combined resulted in a very well thought out show that I would recommend and is worth all the hype. Although the subject is dark, it’s necessary in this society as bullying and suicide in high school is considered a joke, and there’s nothing on Netflix that’s quite like 13 Reasons Why.