“The Nun” proves to be not as scary as advertised 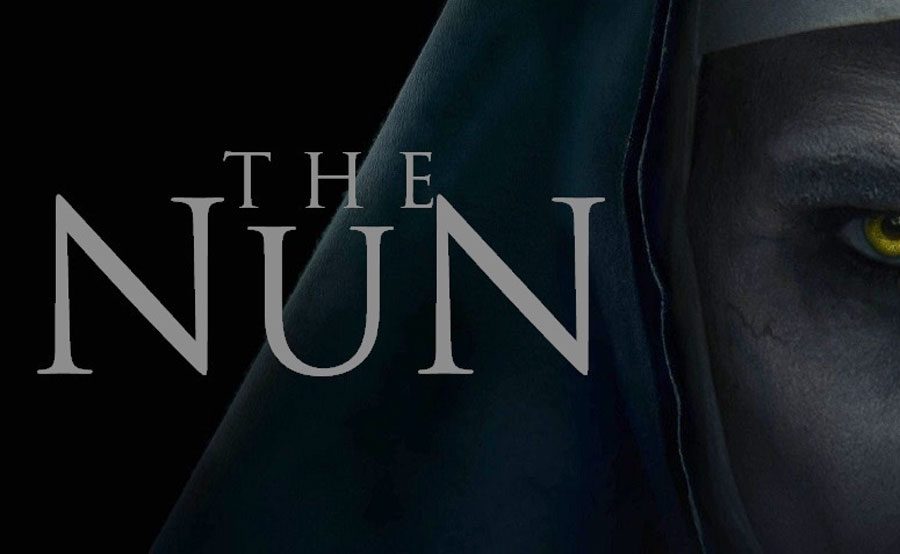 On September 7, the fourth and possibly final movie in the Conjuring series was released. “The Nun” made its first appearance at the beginning of summer 2018 and festered quickly throughout the horror movie community. While “The Nun” is the fourth movie to come out in the series of “The Conjuring,” it is actually the prequel to the series. Toward the end of the summer, the trailer was seen throughout social media and on television, showing a terrifying nun in the halls of an abandoned abbey in Romania. Watching the trailer after dark was scary enough to prevent me from sleeping most of the night, which actually made me excited to watch it.

There was so much excitement for “The Nun” to the point where a six-second advertisement publicizing the movie was banned from YouTube; the fear of the six-second clip had incited unsuspecting viewers. The advertisement displays a typical volume sign, increasing in volume and then lowering all the way down when suddenly, “The Nun” in full-horror mode appears and makes a blood-curdling scream. The advertisement was scary to me, but it made me more excited to watch it.

The main character, Sister Irene, played by Taissa Farmiga, who goes along with Father Burk, portrayed by Demián Bichir, to Romania to inspect the death of a fellow nun who hung herself outside the abbey. When they get there, they discover an evil spirit has infested the abbey and does not plan on letting anyone leave alive. Sister Irene and Father Burk must team up with a local farmhand, called Frenchie, played by Jonas Bloquet, to defeat the evil nun with as little casualties as possible. What none of them know is the mind controlling power the nun can have over them and her ability to manipulate each character based on their own fears. The only way the Nun can be defeated is by the blood of Jesus Christ, which is stored somewhere in the walls of the abbey.

It is sad to say that the movie was not near as scary as it seemed, based on the previews. There were many jump scares that included objects popping out at you on the screen or really loud sounds, but the overall plot of the movie was not scary; it was in fact, boring to me. It was hard to get scared when the plot was unrealistic. Frenchie was in the movie to be humorous and make jokes to relieve the intensiveness but alas, his humor was dry and it did not make me laugh at all.

I was sitting on the edge of my seat the whole time waiting for something terrible to happen to one the characters, but sadly, the ending was predictable and short. I wouldn’t go out of my way to see this movie, but if you have been waiting all summer like me, then prepare to be disappointed.