Sierra Burgess is an actual loser

A loser who does not deserve the ending she got 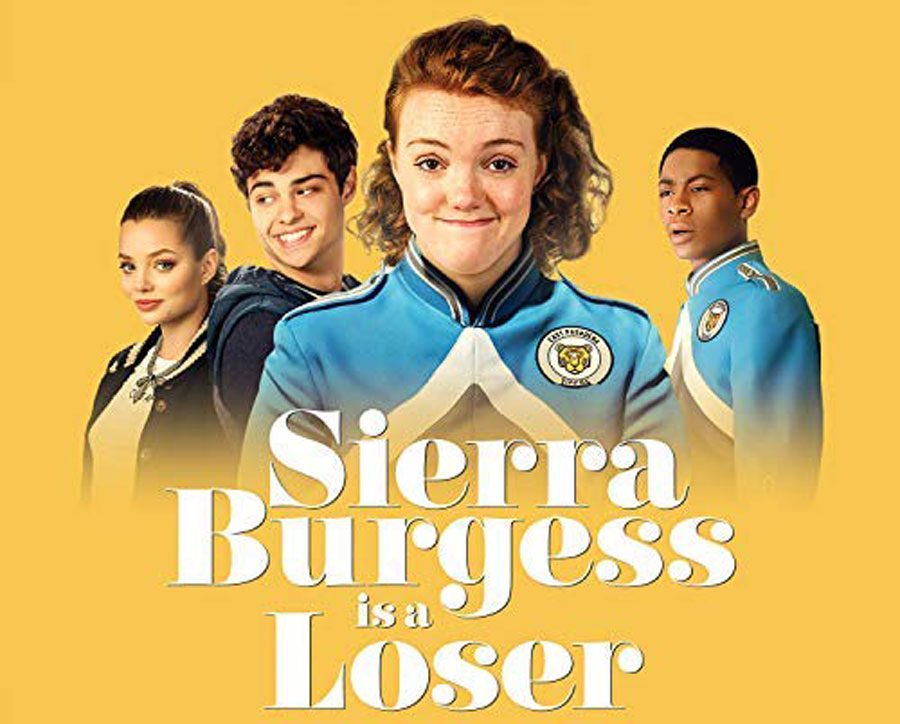 On Sept. 7, Netflix released “Sierra Burgess is a Loser;” and despite the promising cast and important body positivity messages, it took some major L’s.

The film begins when resident mean girl Veronica (Kristine Froseth) gets asked out on a date by Jamey (Noah Centineo). She gives him Sierra’s phone number instead of her own. This was intended as a cruel joke because Veronica who is a bully to Sierra (Shannon Purser) says “only losers hang out with losers”. Veronica constantly does stuff that leads into fat-shaming, which I thought was awful when the movie was trying to portray body positivity.

Sierra initially doesn’t know Jamey. She sees one cute picture of him and decides to like him simply because he likes whoever he thinks he is texting: Veronica. Jamey becomes the high school quarterback and nerd of her dreams, which I thought is really dumb because it could literally be someone else catfishing her too.

After realizing that Jamey thinks she is Veronica, Sierra catfishes Jamey through text messages, rather than acting as any rational person would.

To make things worse, she gets Veronica in on the ‘catfishing’ plan by offering tutoring to make her seem smarter for her ex, a college student. This is another problem: in high school, some teens are illegally dating adults and the tutoring made it seem like Sierra was encouraging it and making Veronica a puppet for Sierra’s works. In my opinion, her actions were making her look like a psycho. It’s a mess. Eventually, Sierra gets told by her best friend, Dan (RJ Cyler) that what she’s doing is illegal, but the girl has a thick skull.

As the movie goes on, Jamey and Sierra talk on the phone and even have a FaceTime call, but instead of Sierra, Veronica sits in front of the screen, mouthing whatever Sierra says. This eventually leads to Jamey asking Sierra out on a date. Sierra says yes and Jamey and Veronica go on the date.

In perhaps the most disturbing scene of the movie, Veronica and Jamey lean against the hood of his Jeep after their first date at the movies. While the two chat, Sierra, who had also been sitting in the theater to surveil the pair, lies underneath the car.

When Jamey moves in to kiss Veronica, she pulls away and insists he closes his eyes. As soon as he does, she gestures to Sierra to take her place and  then Jamey, eyes covered, tries for another kiss. The kiss was not consensual and the movie overall failed in that part, which is another L. They were supposed to portray positivity and maybe if Sierra let Veronica kiss Jamey the movie could’ve passed the consensual part.

The truth comes out as it was bound to do, not because Veronica betrayed Sierra’s trust or because Jamey just wasn’t into her, but because the psycho, Sierra publishes a private picture of Veronica online because Sierra thinks Veronica likes Jamey. This awful post gets published for everyone to see.

Even after doing that, Sierra doesn’t face any repercussions which was really questioning. Why couldn’t they show Sierra facing consequences for her actions? A change in the plot  would have caught more attention than the negatives the movie contains.

Veronica and  Dan stop talking to her for literally about two seconds and then they just forgive her. Dan says he won’t go to homecoming anymore, and Veronica and Sierra just stare across the dance floor at each other until they’re happy and BFFs again.

This could have been a positive and fun movie about female friendships, body positivity and other important things for young girls to see in media. But they essentially undercut those aspects by saying there aren’t any consequences for fat shaming and cyberbullying.

Much of the film is cringeworthy and the many insults hurled at Sierra certainly sting; a number of them raise troubling questions about the movie’s obsession with mocking LGBT and disabled people, none of which justify her catfishing Jamey.

Because the plot was too easily wrapped up and the positive messages were mostly lost in the end, “Sierra Burgess” is, in my opinion, an actual loser.