Everything Happens in this album 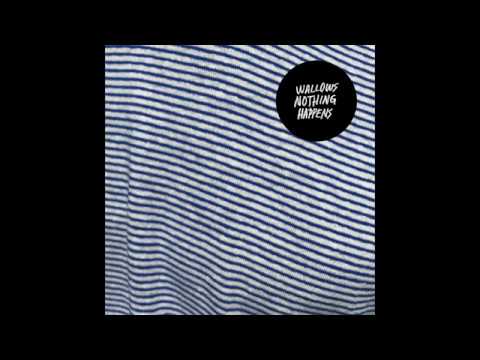 Wallows released its alternative/indie debut album, “Nothing Happens” on March 22, following the release of its “Spring” EP on April 6, 2017.

The 11-track album gives off a happy, carefree summer vibe. Every song on the album has its own invigorating, catchy lyrics and rhythm. With the reactions from critics and fans, this could be its second album to have another breakout.

The opening track of the album, “Only Friend” starts out with a steady, energetic guitar riff that later blends with a smooth drum beat as band vocalist, Dylan Minnette sings. This song is personally my favorite because it touches on the topic of feeling lonely and losing someone who means a lot to you, but doesn’t let you feel the need to get sad because of the instrumental being so upbeat.

“Treacherous Doctor” plays as “Only Friend,” instrumental flows in and quiets down as a different guitar riff picks up. The lyrics of the song felt glum and apprehensive because of how it discusses the insecurities of growing up. Lyrically, it’s a dark song on the album, but the contrast of the instrumental being upbeat and happy feeling really makes this a good song.

“Sidelines” starts out with a rhythm of beats by drums that gets followed by a decrescendo of an electric guitar. The theme of this song was breaking up with someone and watching them grow fond of someone else, the beat was slow and made me feel empathetic toward the theme yet still not getting the chance to feel gloomy, making it one of my personal favorites as well.

“Are You Bored Yet?”

“Are You Bored Yet?” featuring Clairo, was one of the singles that was released on Feb. 1, a month before the release of the full album. This release of this song is what got me looking forward to their album. The song starts out with violins playing that quickly blend into their traditional guitar riff and drums with a soft tempo. The song is about the idea of someone being bored with a relationship and the fear that you or the other person is ready to move on.

“Scrawny” is the second single that was released on Feb. 23, the single is one of the most cheerful song both, lyrically and instrumentally. To me, this song felt like a light-hearted moment on a record surrounded by some of serious themes. The music and lyric video released in February both give off happy and carefree vibes make it an overall feel-good song.

“Ice Cold Pool” has an opening just like the start of a random game show in the 80s. The track focuses around Las Vegas and its notoriety for escapades. The lyrics become more expressive as the song continues, trumpets make an appearance and this track has been put on repeat for me because of how much it reminds me of random ideas of youth and growing up, and looking back on your childhood, knowing that entering adulthood is the next step. It’s basically a song about leaving your youth and not being sure what comes next.

“Worlds Apart,” feels like the sad ending to my favorite movie, “Call Me By Your Name.” Introduced by a soothing guitar, the track tells the story of a broken relationship that still ends on good terms. Listening to this song made me feel like I somehow was not supposed to know about this song. It felt personal and like a letter written for someone who accidently got read out loud to the world.

“What you look like” begins with Minnette’s locals and crescendo of drums. The song is about thinking that you already know everything about a partner but never are sure about it. The song reminded me of sappy old movie and a little bit of grunge in Minnette’s solo.

“Remember When” starts out with a soft keyboard rhythm that is quickly hushed by a fast yet smooth traditional guitar and drums. The guitar and the choruses are absolutely stunning making this song what it is, and the addition of the “oh’s” in it, made me become attached to this song. It felt like a song I have heard before and have loved for years. It was easily the most addicting song on this album.

“I’m Full” had a loud guitar riff that caught my attention right away. I remembered the song because it was released at the bands early stage when they were known as “The Narwhals.” The song made me sort of apprehensive by the way it slowly started getting steady and reminded me of the fact that it’s the second to last song on the album.

“Do Not Wait” is the longest out of all songs. It started out with a sense of saying goodbye with a very slow instrumental that blended with Minnette repeating the chorus “Do not wait, I’ll be there.” The album ends with a lot of emotions yet with a lot of positivity. It’s written from the point of view of Minnette’s older self to his younger self and brings the record to close with the same instrumental of “Only Friend.” I strangely felt very close to the song and wanted the album to continue until I was sick of it

The album flows incredibly well. The smooth transitions between each track can’t go unrecognized, as heard between “Only Friend,” which leads into “Treacherous Doctor” effortlessly.

“Nothing Happens” is a roller coaster. It’s dance worthy, nostalgic and emotional, bringing various types of feelings that can get a reaction from the listener. It makes you want to listen to more tracks and find the need to constantly get on the roller coaster of emotions on this album.