Onboard for life: The Tale of Two Bus Drivers 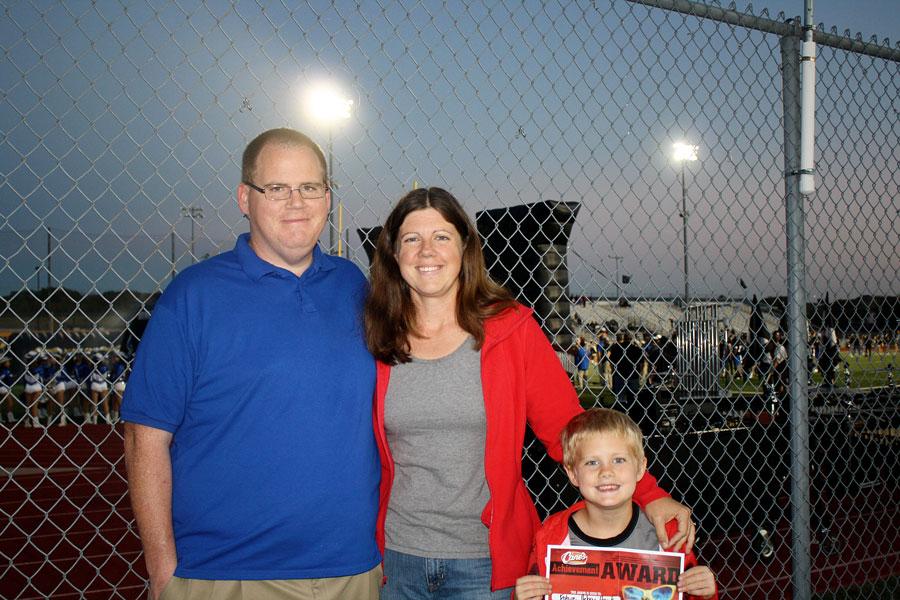 The smell of gasoline, the loud chatter of kids, and the color yellow isn’t exactly the typical love story. But that’s exactly what you would find on bus 222 and bus 206.

In 2003, Holly Sanderford, bus driver of 222, and Zak Sanderford, former bus driver of 206 met at Texas State University in San Marcos through the marching band. She played the flute and he played the sousaphone. They didn’t talk to each other much until they were both placed next to each other in the drill. The couple had their first date at the end of January and little did they know it was the beginning of their life together.

“We started going out in the beginning of 2004,” Zak said. “I thought she was cute. Then we got a chance to really talk to each other and it turned out we had quite a bit in common.”

“I find it helpful in life to have a sociological perspective,” Holly said about her major. “I enjoyed my sociology classes so much I stuck with it, not knowing what I wanted to do in life. I also got partway through my teacher certification and got a paralegal certificate at different times.” 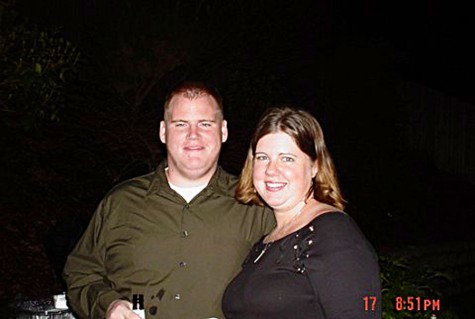 Zak’s first job for bus driving was actually for the university he was attending. Zak sought the job for the same reason most people do: money.

“[Bus driving] also allowed a flexible enough schedule that I could finish my last year of college and still work enough for it to be worthwhile.” Zak said. “I’ve always been interested in operating large vehicles, and pushing buttons. It was a natural fit for me in the technical aspect. I’m not much of a small talker so I just drive and say, ‘Hi,’ ‘Bye,’ and ‘You’re welcome.’ Although with driving a school bus, you see the people every day, so it was easier to develop a rapport and engage with my student passengers.”

Zak had been into transportation for 10 years. Holly has been driving for LISD for five years, all on the same route. How she started was all thanks to her husband.

“I didn’t want to try [bus driving] at the time, but when we moved up to this area [Carrollton] and he [Zak] started with LISD- he convinced me to give it a try.” Holly said. “I was worried it would be really hard but it’s not.”

Over time, the two bus drivers have grown to love their job and the connection they have with their student passengers.

“Driving was the best part of the day,” Zak said.” It was nice to really get to know a small subset of students and hear what was going on in their lives. Remember the bus driver is always listening. Everybody thinks that the hard part of driving a school bus is the students, and there were some days that they were the most challenging thing I faced, but by and large dealing with the large amount of traffic in the area was a bigger challenge than the students. When I drove 214 a couple years ago, a Hebron student told me that I was her favorite bus driver, because I treated them like people, not like problems.”

Holly on the other hand, was worried about taking bus driving up as a job. But, it turns out she was worried for nothing because driving is something she loves.

“I love the feeling that I’m not just watching the clock like other jobs,” Holly said. “It keeps me interested and it’s always changing. The people we work with are so great and we work together and help each other out. I love driving groups, like the Hebron Band, which we keep up and watch their shows every year. The traffic can get stressful, sometimes the younger kids are out of control, but I still enjoy it every day.” 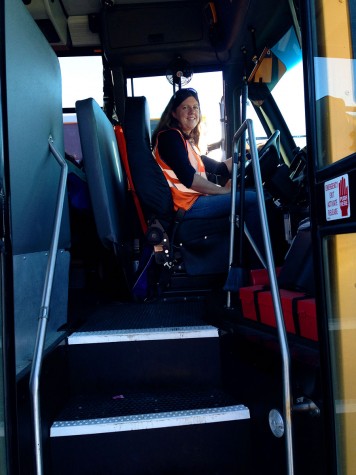 Holly and Zak’s lives had revolved around their career in bus driving- that was- until a new love arose. Their six year old son, Sam Sanderford has joined his parents on just about every bus drive since he was three years old. 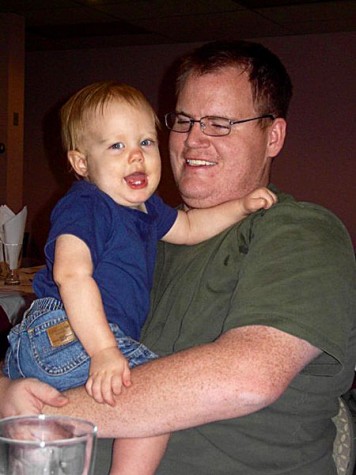 “He sits in the front so I could keep an eye on him,” Holly said. “When he was three he was in a car seat and slept more, but usually there was a student that would help entertain him.The hardest time was when he was 4, he just didn’t want to sit down and be still. We had to invest in a computer and a 3DS to keep him busy.”

Holly and Zak weren’t at all scared to have their son ride with a bunch of high school students. In fact, they were completely fine with the situation and thought it would be a fun experience.

“I actually had no problem with my son riding with high school students,” Zak said. “My high school students were typically the best behaved. It wasn’t an intimidating experience, I forewarned them that Sam would be riding, and in general, I found that they behaved better, and policed themselves better when Sam was on the bus.”

Not only does Sam make the bus rides fun for himself, but everyone around him, including his mom.

“He used fall asleep in weird positions, even on the floor. That was amusing!” Holly said. “He likes to tattle on students that use bad words. He’ll tell me if someone said ‘shut up’ or ‘stupid,’ it’s cute. I have to check the bus for sleeping students after every route, and he used to run to the back of the bus and hide in the last seat, giggling the whole time.” 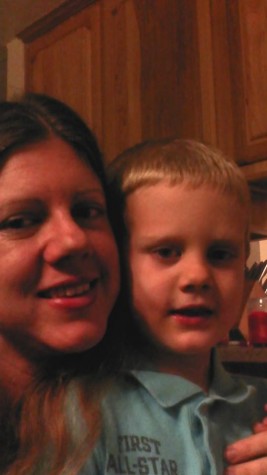 “I always enjoyed the first day of school when I drove Route 214 for several years in a row, which serves the same neighborhood for high school and middle school,” Zak said. “It was amazing the see the 8th graders become 9th graders, and how much they grew over the summer, both physically and emotionally.”

While Holly remains driving bus 222, her husband has gone on to become the Routing and Field Trip Coordinator of LISD.

“I work with drivers, the schools, and transportation management to create efficient routes for the students of the East Zone,” Zak said. “In regards to our database administration, I add new staff members to our database so they can request trips that groups want to take.”

Since the beginning of the couple’s bus driving career to where they are now, the two have been supported by none other than the Location Manager of First Student inc., Joe Belmarez.

“They both came to me six years ago. They’re both caring people and always do the best job.”

Belmarez said. “One of the biggest values a person bring to the job is caring about the students, and they display that everyday. They have a desire to work hard and overcome anything.”