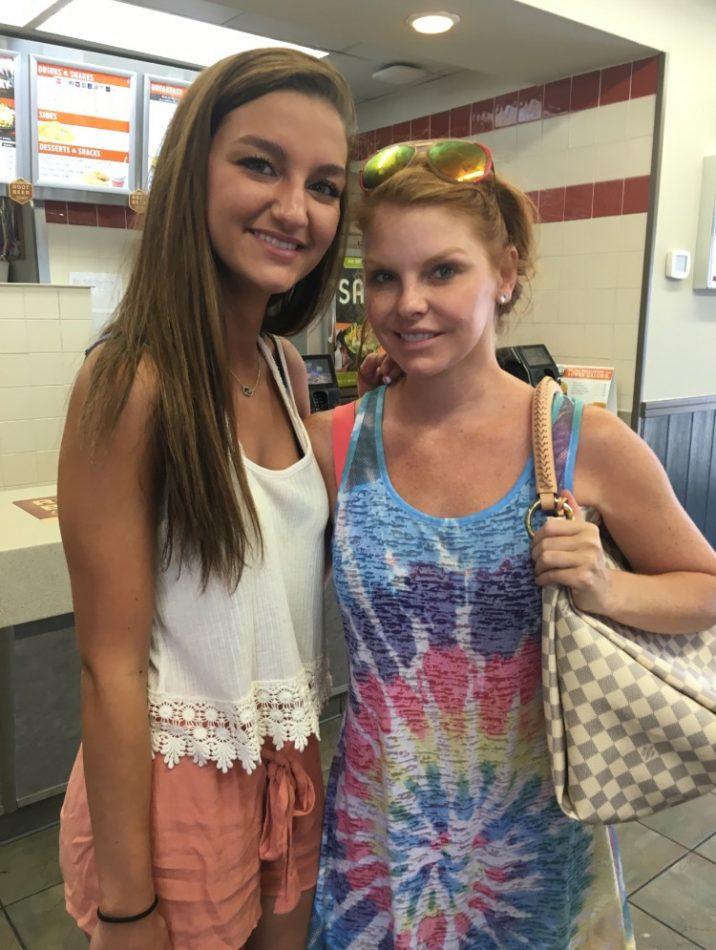 Cammarota has been babysitting Redmond’s children, Brooklyn and Brinkley, since August. She was offered the job while at Whataburger, and with an exchange of numbers, the job was hers. Babysitting comes easy to Cammorata since she has five siblings.

“[Redmond and I] started talking about what she was doing and where I go [to school] and she asked ‘Does anybody babysit?’” Cammarota said. “I was like ‘Oh me, right here, I have five siblings.’ So she got my number and I texted her to just make sure and she didn’t respond. But a week later, she said ‘Hey Alex, I’m going to need a babysitter.’”

Cammarota has enjoyed spending time with Brooklyn and Brinkley, who are in second grade and kindergarten, respectively. Cammarota has gotten to know the two children over the past few months.

“With Brooklyn, if I have a question, she’s got it down; she’s my right hand,” Cammarota said. “Brinkley, she’s really sweet. They like to play with their toys and stuff so I’ll play with them and watch whatever’s on TV.”

Babysitting for Redmond has, according to Cammarota, been a great opportunity. Not just because she’s a fan, but also because of the benefits that come with the job.

“She has a lot of connections,” Cammarota said. “She gave my number to one of her friends so I can babysit for her too, so I get a lot of job opportunities. And if I have a problem, I can just text her and she’s like ‘Oh I’ll take care of it.’”

Cammarota said the experience, opportunity and the reality of it all has been enjoyable and a great time for her.

“I would say [my job is] really pleasant,” Cammarota said. “I’ve [babysat] for a lot of people and this, by far, has been my favorite because of how Brandi treats me and how the kids respect me. It’s been a really good experience.”