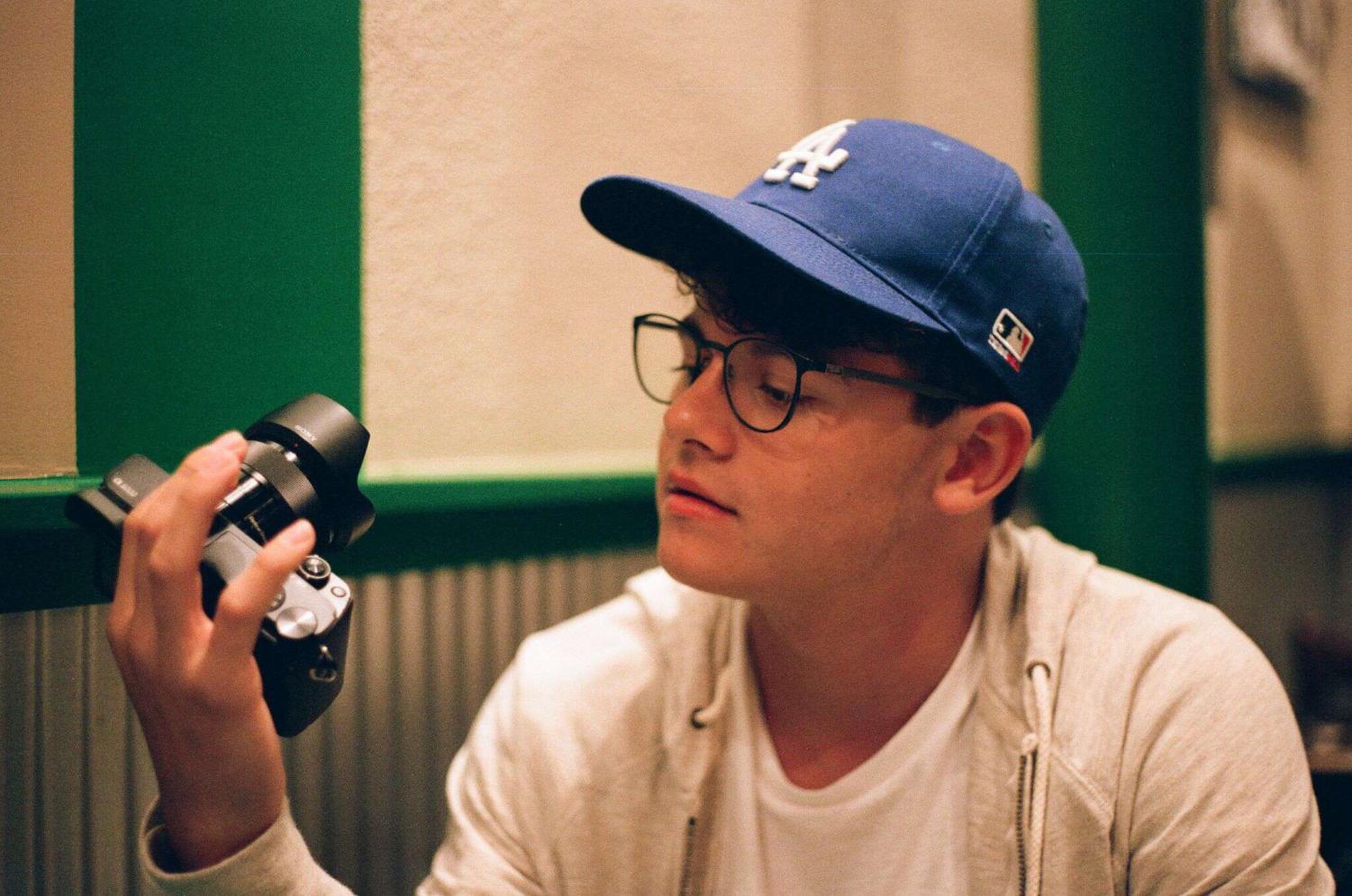 Senior Ian Castillo poses for a photo with his camera.

From mind to film

It starts with an idea.

An idea that can come from lucid dreaming to real life experiences. That idea then becomes a story, and the story becomes a film.

Senior Ian Castillo always felt he was different; by the way he thought, by the way he did things, he knew he was different. Castillo was always interested in making videos, but it wasn’t until his junior year when he recognized filmmaking and acting as his passions. Over the summer, Castillo participated in a 48-hour film contest along with a few of his friends. The team had to create a seven-minute film in 48 hours, which would then be shown on screen at the Angelika theatre in Dallas. The seven-minute film was called “Fools.”

“Starting off in high school, everyone wants to fit in,” Castillo said. “I didn’t really come to terms with who I was until recently because everyone wants to be that classic ‘high schooler.’ I was never really like that. I’ve always loved making videos. I quit playing sports because I got so into [film making] and wanted to spend all my time doing it.”

Castillo is currently taking a film class at the Dale Jackson career center, where he likes to direct and act in the short films he makes.

“Ideas come from all random places,” Castillo said. “[Once you get the idea] you just put it on paper, and that’s probably the hardest part. After you get somewhat of a script, you get some people together and you revise it and make the dialogue natural. Production, depending on how long it takes, could be a couple [of] days or even a couple [of] months. Afterwards, postproduction, to me, is the worst part. It’s just editing and then [afterwards], you can either make a trailer or post screenshots. Then finally you post it and hope that people like it.”

The 48-hour film contest was held in Dallas. Castillo’s team was to pick a certain genre, a prompt, a character and a line of dialogue.

“[Ian] was a great actor [in the film],” senior Zain Karim said, who worked with Castillo on the film project. “He was also involved in the creative process. We didn’t place, but we did get ‘best use of character’ and ‘best use of dialogue.’ That brought me and him really close together.”

While working on the 48-hour film contest and many other works, Karim has noticed improvement in Castillo’s performance and media skills.

“I think Ian’s a little new to the creative film game, but the strides he has taken to get [from] where he was to where he has gotten is amazing,” Karim said. “He gets everything done, he’s a great collaborator and a great team player.”

When Castillo saw himself on the screen playing at the theatre, he said it was a moment he would not forget.

“Just the moment of seeing myself on the big screen and feeling in the moment that this was something I made [was eye-opening],” Castillo said. “It just really made me realize that there is nothing else I want to do in life. This is for me.”

It just really made me realize that there is nothing else I want to do in life. This is for me.”

Castillo plans to have at least 10 productions completed by the end of the school year. He will be shooting an upcoming film with his friends, including Karim and senior Christian Tucker.

“Ian pays attention to detail and insures his quality of work,” Tucker said. “Hopefully we will make more films in the future, he is a great individual.”

The film is based on World War I, and Castillo will be acting in the film. Castillo will be featured as the lead role as someone who enlists in the war and eventually becomes trapped in a cellar along with a few others, which eventually drives them to madness.

“That requires a really strong acting role,” Karim said. “For someone to portray that much emotion and with so little dialogue and just a lot of body language: Ian really fits that role.”

After high school, Castillo plans to move to Los Angeles with a few of his friends to pursue their careers and passions. Castillo said he already has ideas and a few people he wants to work with there, and is excited for his future.

“I want to see myself as a creative director that directs mainly narrative films, but also abstract music videos,” Castillo said. “In the term ‘creative director,’ I could write my own screenplay and then direct and act in it as well. I love a bunch of different stuff in this industry, but acting and directing are probably my two strongholds. Being a creative director, I can do what I want with the freedom I have. That’s what I want to do more than anything.”