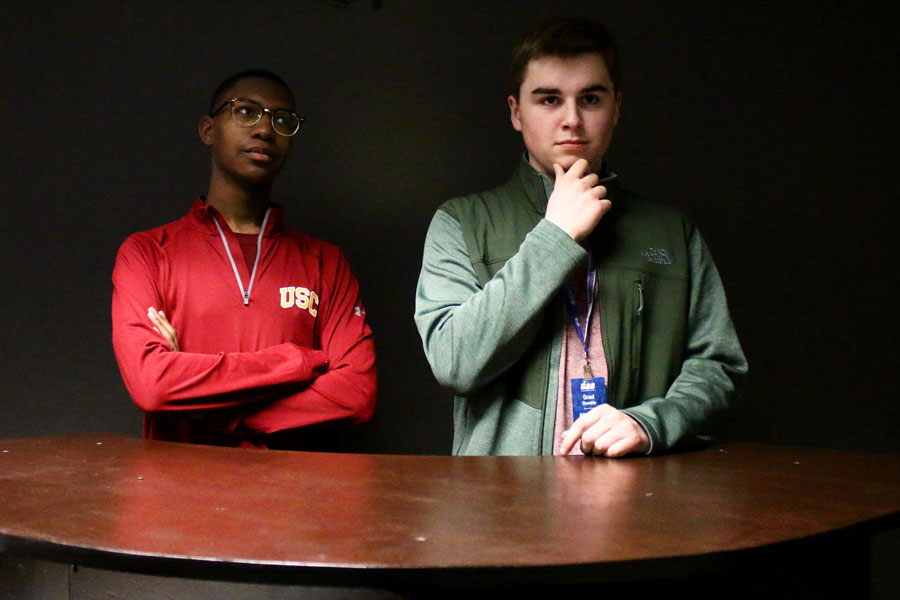 A year after Clinton’s loss 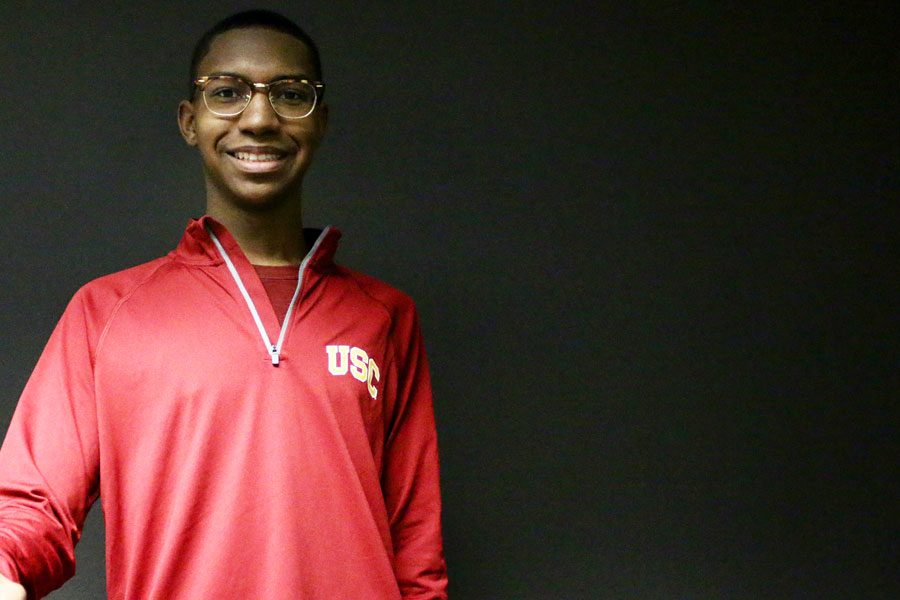 In the 2016 election, senior Justin Martin believed candidate Hillary Clinton was unable to to win the election due to her lack of campaigning in key states. Despite her loss, Martin hopes President Donald Trump, despite some of his unfavorable actions, will learn to better uphold the presidency.

Question: For what reasons did you support Hillary Clinton in the election last year? Why do you think she lost?

Answer: I definitely thought her tax plans and aid to the poor were much better than Donald Trump’s. His was definitely benefiting the higher class and giving tax cuts. I think she lost because she just made assumptions that she would get those key states she has always had and [there was] a change in the Midwest and all of those regions where Trump is promising he was going to bring back the jobs. She didn’t campaign in those states because those states were typically blue states, and he campaigned harder in those states and that’s why [Clinton] got the popular vote, but she did not win the electoral vote.

A: I definitely expected him to stick with his plans; he promised a lot of things to his voters that he has not upheld himself to and then he kind of switched from the primary to the general elections [and] got less extreme. His whole campaign was based on extremism, in my opinion it was far-right, so when he switched, for example, he started saying [he is] for LGBT rights but then we see him do things like banning transgender people from the military. [This ban was]  blocked by a federal judge and all the things that he has done has been blocked by a judge, so we haven’t seen him fulfill much of his promises.

A: I didn’t expect much from him to be honest, but I did expect him to get a little less extreme which I do think he has [done]. I expected him to be the oddball, [and] he isn’t the typical D.C politician; he does a lot of his own [vocal] things on Twitter, he is unapologetic and original in my opinion and I kind of like that about him. I think he could have done better on disaster relief; he did OK when it came to Houston, but when it came to Hurricane Maria, we had countless numbers of lives lost and many people without power, so I definitely could have seen better [there]. The bans on transgender people from the military wasn’t handled correctly at all; it was announced on Twitter where nothing was actually done. With the Muslim ban, I do think he kind of modified it, but initially, he just didn’t have any structure. I feel like I have to respect him because he is the President of the United States, but I feel like he isn’t doing enough to show Americans that he is a respectable president… [and] fit for office.

A: I think he has been handling foreign affairs, especially with North Korea, like a child. I think he has been doing well in [the rest of] Asia [since] he’s being less extreme. I think if he continues to kind of get out of his ego, he can actually make some progress like we saw [in] Saudi Arabia.

A: When it comes to the economy, his promises just aren’t there, [like] his tax cuts and his repeal-and-replace Obama Care. Even his own Republican party didn’t approve, so he hasn’t been making strides that way. If he took less golf trips and really met with actual people [he might get something done].

A: I think one thing that Trump did that no other candidate might have done is that he brought attention to politics, even though it hasn’t worked out for him all the time. There’s a scope on politicians a lot more, especially on foreign affairs with Russia [and its] involvement in the election and [on] his administration [since] he has fired so many people from his cabinet.

A: If Clinton was in office instead of Trump, I think the North Korea issue would still be big. There are [also] countries where you have that stigmatism of her being a woman, but I feel like her structure and how she handles things are a lot better than Trump’s. [We] wouldn’t see a lot of things happening on Twitter and we wouldn’t be fighting with North Korea. Her experience in foreign aid would [also] definitely influenced how she [would have] run the country.

Q: Why did you think Trump won the presidency?

A: He appealed to voters who felt like they were getting the same thing [and] the same [type of] politicians. The voters just wanted something different, and [Trump won because] he appealed to people who thought they did not have a voice.

Q: What do you hope to see in the future of Trump’s presidency?

A: I just hope to see a change. The events at Charlottesville definitely created division in the country, and I just feel like Trump didn’t denounce [them] well enough and didn’t condemn them enough and a lot of them are his supporters. [I hope he takes a] better approach to things instead of just calling out liberals, because it just increases the division of the country. 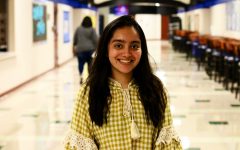 Senior Yusra Waris is the editor-in-chief and this is her fourth year on staff. She enjoys watching old Disney movies, traveling, and playing with her...

A year after Trump’s inauguration 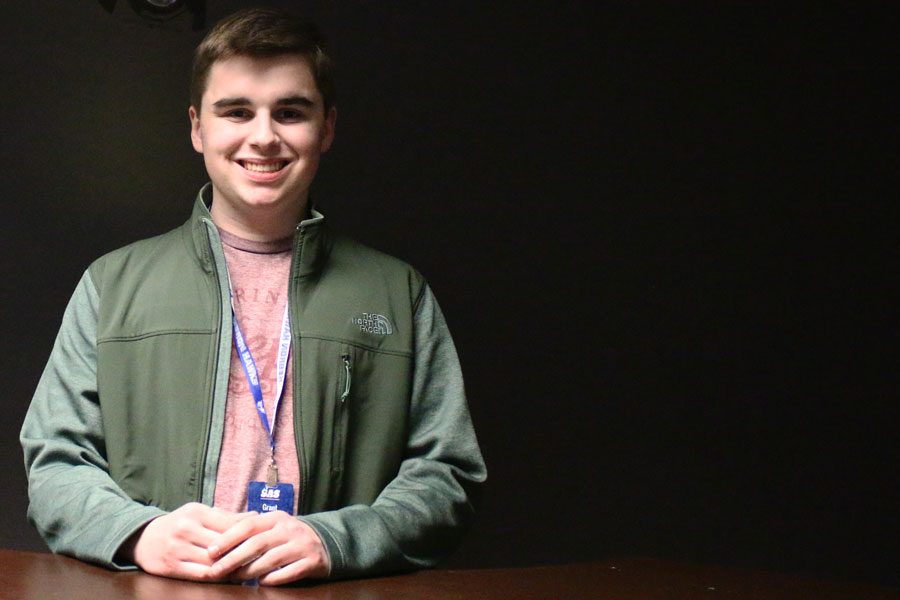 A year after taking office, president Donald Trump has incited change in the nation’s economy and foreign relations; however, according to junior Grant Shamblin, who supported Trump in last year’s election, Trump has not made the progress he expected of him.

Question: For what reasons did you support Donald Trump in the election last year? Why do you think he won?

Answer: I mainly supported him for economic reasons, like his tax plan would be a major improvement on the current tax code. I think there are a lot of reasons why he won; the biggest reason was because he had a better campaign strategy than Hillary Clinton when it [came] to certain key turning point states. I also thought people didn’t want Hillary in office because of all the criminal allegations toward her.

A: I wasn’t entirely sure because he is kind of unpredictable, but I was honestly hoping he would get more done than he already has. We haven’t seen a lot of laws passed to help repeal and replace Obamacare or to change the tax code, so I honestly thought it would be a lot further along than it is right now.

A: He has done good things for the economy. We’ve seen a lot of increases in the stock market [and] we’ve seen a lot of increases in employment. I feel like he could have done better in handling certain radical groups, such as the alt-right and antifa, [and] felt like he needed to condemn them, [whereas] he was kind of beating around the bushes as far as I was concerned, especially with the Charlottesville attacks.

A: I feel like he could’ve done better with Puerto Rico, but I feel like he’s done very well in some other areas like dealing with ISIS, when he launched the attack on the ISIS base. I feel like that was a pretty good move on his part because it resulted in no civilian deaths, which was very good. I honestly think he is doing more harm than good with North Korea. I feel like calling Kim Jong Un ‘short and fat’ is not exactly the best way to go; he needs to make clear that we are a strong nation that doesn’t want to be pushed around by North Korea, instead of just poking the bear.

A: I feel like he needs to do more on his part to work towards to repealing and replacing Obamacare. I don’t feel like he has done enough to prompt congress in the right direction as far I’m concerned. Obviously, the current Obamacare system is very harmful toward healthcare services, so I think the best way to do that is to provide a very basic level of healthcare for all families, such as emergency room visits, but everything else should be left to private insurance agencies without government interventions.

A: I honestly felt like the other candidates for president were a bit too hesitant to speak out about certain issues, which might not have led to actual things being accomplished, because they were afraid of receiving negative backlash. But I feel Donald Trump has done well in not caring what other people think about his policies and just going ahead with them despite possible backlash.

A: I feel like our economy would be a lot worse because she sought to increase taxes on certain groups and we probably would have a lot of the same problems with ISIS and the Middle East as we had before Trump got elected and would be rapidly growing. There [would be] a lot of government corruption because she has a lot of allegations against her, for example, her email scandal and more recently selling uranium to Russia to support the Clinton foundation.

Q: Why did you think Hillary Clinton was an inefficient candidate?

A: She was arrogant and she didn’t do enough to campaign in states that would’ve been key turning points for the election. I feel like calling Trump’s supporters ‘a basket of deplorables’ was not the best move and just overall, she has a lot of logical inconsistencies when it comes to her own beliefs. I believe that was pretty bad for her support from Independents when she frequently goes back and forth on political issues.

Q: Do you think Trump will be able to meet the rest of your expectations? Why do you think that?

Senior Yusra Waris is the editor-in-chief and this is her fourth year on staff. She enjoys watching old Disney movies, traveling, and playing with her...