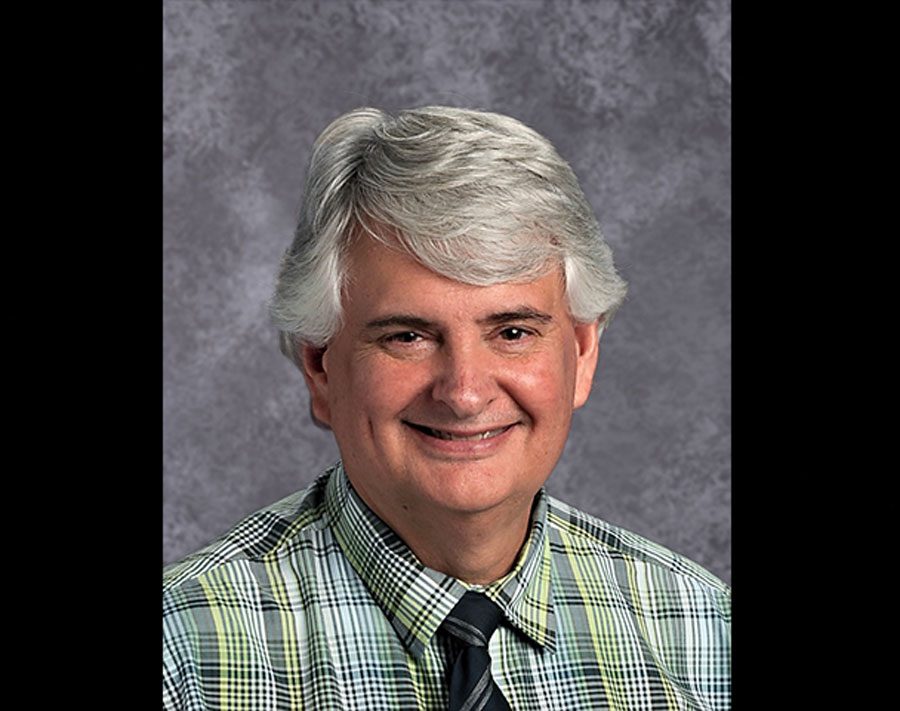 Palone was born in Muskogee, Oklahoma on July 18, 1960 and grew up in Del City, Oklahoma. After graduating from Del City High School, he went to college at Oklahoma State University and received a bachelor’s degree in Secondary Education and began teaching in Noble, Oklahoma.

He met and married Brenda Palone in Yukon, Oklahoma on Aug. 5, 1995. He moved to Alief, Texas to teach Social Studies for 7th and 8th graders. The Palones then adopted three children: Jonathan, Leah, and Zachary. Palone taught at Alief High School for 10 years and then moved to the Dallas metroplex where he began to teach at Hebron.

“We’ve known each other for a very long time,” ESL teacher Ginny Evans said. “He had my students in his class and I’ve had the opportunity to work with him. He really cared about the kids and encouraged them to think outside the box. He loved America and politics and was really glad he could teach US government for the last couple of years.”

Palone was passionate about getting students to register to vote. This school year, the five government teachers, along with principal Scot Finch, planned a field trip to go to the voting polls to familiarize students to the experience.

“Our district and school have become very involved in elections,” Finch said. “[We are trying to get] students and staff registered to vote, so they can express themselves in the upcoming elections. He was so excited that we were going to be able to take our seniors that are in government classes to the polls. It was really nice to see him so excited. It’s one of my fondest and last memories of him.”

Palone was not only a political aficionado, but also an avid sports fan. He followed the Chicago Cubs, Oklahoma State sports and the Steelers, and he went golfing and bowling with his family.

“Tim was from Oklahoma State and I went to OU, so we’ve always had this friendly rivalry,” AP US History and AP Government teacher Travis Fitzgerald said. “He would always come in and have some kind of score or result from a game, and he was always willing to trash-talk OU because he was a die-hard OSU fan.”

In addition to being involved in sports and politics, Palone was known to be a religious man. He was a member of Putnam City Baptist Church where he worked in the children’s department and taught adult Bible studies. He was also member of Denton Bible Church.

“He was a man of his faith and integrity,” Evans said. “I think the kids saw that in him since he had such strong sense of values. [These values were] what he wanted to teach the kids.”

Other teachers recall Palone as a man who loved to argue, challenging the views of everyone around him, and they described him as a very unique and funny person.

“He marched to [the beat of his own drum],” Fitzgerald said. “He did what he was supposed to do, but he did it in a way that was unique. He was funny and awkward at times, but that’s what made him [special]. Without him there in department meetings, it doesn’t feel the same. Someone who has a wit and personality like him [is irreplaceable].”

Senior students are planning to plant a tree in Palone’s honor where it could be seen from his classroom’s window.

“Right now we are looking at what plant we want to get like which one lasts the longest, because we want to be able to come back and remember [him],” senior Kailynn McKinney said.

Palone left an imprint on staff and students; AP Chemistry teacher Gale hunt said his passing was the cause of a void at school and a lesson to live life as if it were the last day.

“He loved life,” Hunt said. “It just goes to show you that you have to take every day and live every day the best that you can. Mr. Palone lived every day to the fullest.”