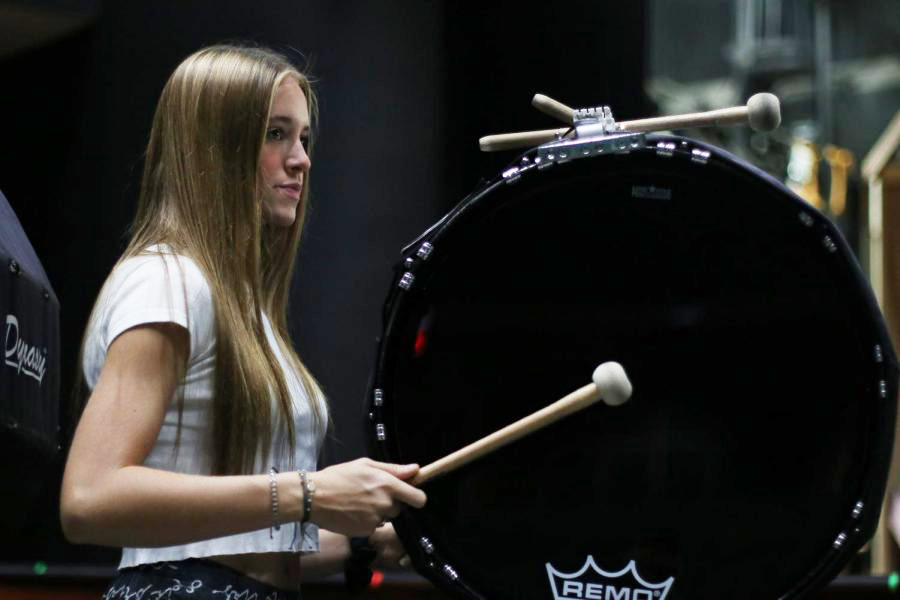 Bond plays through the drum show with the rest of the battery during an early morning rehearsal. (photo by Kate Haas)