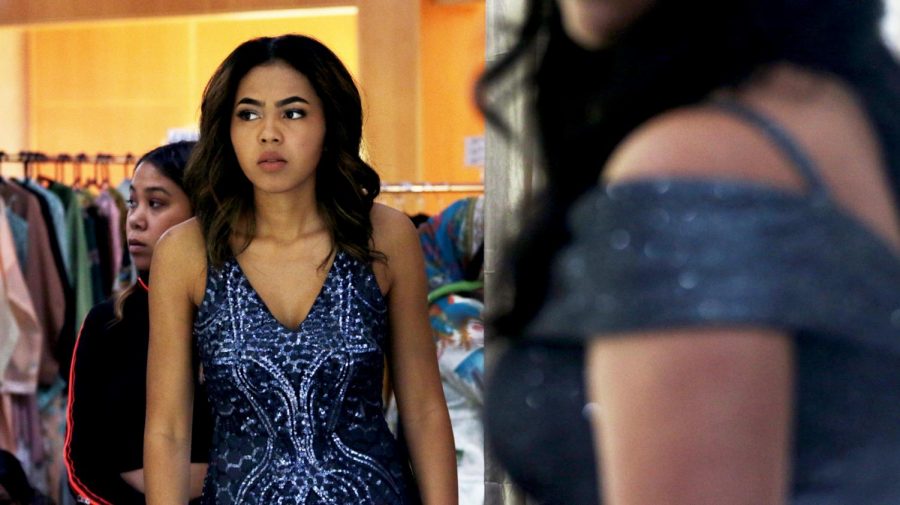 Junior Cinta Isom waits backstage during the International Fashion and Food Festival on Nov. 23. “It was a really big rush to walk town the stage and have all the cameras pointed at you,” Isom said. “I was so nervous backstage I was shivering.” Isom modeled dresses from Macys and traditional Indian clothing.

She sits backstage at her very first fashion show: shaky, shivering, adrenaline pumping. She tells her mom she doesn’t know if she can do it, but as soon as she steps onto the runway, a rush of excitement takes over as the cameras start flashing.

Junior Cinta Isom officially started modeling during her sophomore year after being encouraged by her family, friends and even strangers in public. She has since participated in four runway shows and hopes to continue modeling. Her most recent runway show was on Nov. 23 at Music City Mall for the International Fashion and Food Festival. 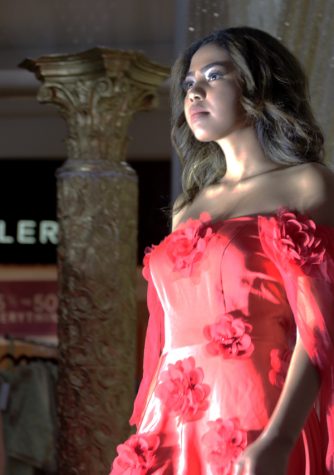 “My first experience [modeling] was a runway show and it was exciting and crazy just getting your makeup done, getting to wear these fancy dresses and walking down the stage,” Isom said. “After I was done, I liked it and I wanted to continue and see where it would lead me.”

Isom is currently in the process of taking headshots so she can search for an agency, but in the meantime, she is navigating the modeling industry independently, which has produced some challenges.

“The industry is pretty hard because there is a lot of competition, especially if you want to go higher and higher, but I feel like if you put out an image that is unique and true to you, more people will see you,” Isom said. “Sometimes it does get competitive and people are mean a little, but I feel like it’s important to just ignore that and have a really good support system.”

Isom has received support from her mother, father, sister and friends, even labeling her mom as a ‘momager.’ While Isom’s mother was initially skeptical, after doing some research, she is now completely supportive of her daughter’s future in the modeling industry.

“We don’t have anybody in our family who has ever done something like that, so I didn’t know anything about the industry and that scared me a little bit,” Cinta’s mother Rina Isom said. “I think modeling now is much easier and more manageable because when my daughters were little, we were told we would need to take them out of school sometimes or move our family to Hollywood, but now I think modeling is more flexible to Cinta’s schedule.”

Cinta’s mother encourages her daughter to continue modeling in her free time, even connecting her with a friend who owns an Indian bridal clothing shop, allowing Isom to experience a new culture. She also hopes her daughter will continue her education in college and take classes on modeling to further her experience.

“She’s really put herself out there, and I don’t feel like she’s at her full capacity yet because, so far, this is still a hobby for her while she’s enjoying high school,” Mrs. Isom said. “I support her, though, if this is something she wants to do in college because I know that modeling is sometimes a short window of opportunity and after you reach a certain age it can be harder to get jobs.”

One of the many people who Isom has met through her career is Margaret Eppeh, a model whom she worked with at the SLPS 2019 Annual Expo in September, where they walked in Kiki Wang and Naheed Raheel dresses.

“Working with her is fun,” Eppeh said. “She is very eager to learn and as a model, Cinta is a hardworking and focused person. She listens when being corrected and is ready to try again. She’s going to be a great role model one day to other upcoming models out there.”

Eppeh said one of the best parts about modeling is meeting new people, hearing about their experiences and goals, as well as being able to help each other succeed.

“There are a lot of benefits to being friends with other models because you have the same energy in the room,” Eppeh said. “We get to support each other and get tips on different things and styles. We can also help each other connect to casting calls, shows, and photoshoots.”