Moving towards her goal 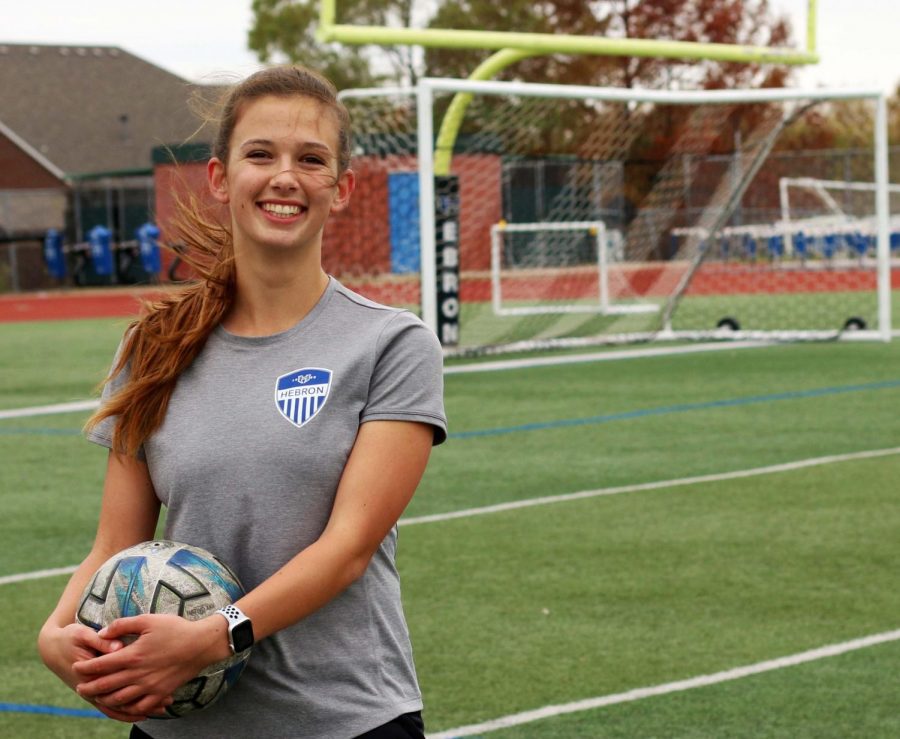 About 135 — that’s how many minutes junior Sydney Japic spent on the verge of tears each week before moving from California to Texas.

Japic moved to Texas from California in October to continue her soccer career. After playing soccer since the age of two, Japic was suddenly unable to play in California due to COVID-19 regulations that came down in early March that kept soccer teams from having normal practices and games for the past eight months. Since moving to Texas, Japic has joined a local club team and plans to play on a high school team for the first time.

“I have such a passion for soccer and I wouldn’t change it for the world, but after every practice I would sit in my car on the drive home on the verge of tears because I couldn’t play the game that I loved to the fullest extent,” Japic said.

Japic’s practices were moved online and the team would watch film when the restrictions were originally put in place. After five months, the team began training in August; however the practices had restrictions. The team was split up during practices in order to maintain social distance; the team could only do a few drills that involved mainly passing or running. Japic said for three months, she only saw two to three teammates each practice.

“Not being able to play soccer for eight months really took a toll on me,” Japic said. “When my parents realized this, they offered, in a joking way at first, ‘what would you think if we moved somewhere they were playing soccer and you stayed there until they began to play back home?’ It somehow escalated into us moving here.”

Japic played for various top club teams in California and has played for both the U16 and U17 Bosnian national teams due to her dual citizenship. After moving to Texas, Japic joined the FC Dallas ECNL team which is ranked fifth in the nation in the ‘04 age group. Japic began taking classes at Hebron on Oct. 20; Japic’s school in California is still completely virtual.

“I’m excited for a new environment,” Japic said. “It was a little stressful at first trying to get to school and meet new people, as well as joining a new soccer team, but everyone here is so nice. I have really loved it here.”

While on a trip to watch her older sister play soccer for Baylor, Japic contacted club coaches in Dallas about joining their teams. Japic, being a junior, is in the middle of recruiting for college soccer; she believes the move has helped her in the recruiting process as she now can play games in front of college coaches and scouts again. Japic said she is thankful her parents have been so supportive throughout the process. She believes if COVID-19 had not happened, her family would not have moved.

“Syd eats, breathes and sleeps soccer,” Sydney’s mother Caroline Japic said. “It’s been her whole life. She played other sports growing up, but soccer is really where her passion is and we do everything we can to support that and that’s why we’re here. She’s so happy here and I think that’s really important.”

Japic and her family are still in the process of transitioning to life in Texas. They recently moved into their house after living in a hotel for a month Japic moved here with her mother while her father and younger sister still live in California. Her mother growing up in Texas and having family here influenced the decision to move.

“Being away from my husband and my younger daughter [has been difficult],” Caroline Japic said. “I’m excited about getting everyone moved here. That part has been difficult, but we know it’s just short term and there is light at the end of the tunnel.”

Girls’ varsity soccer coach Bobby Vaughn expects Japic to be a leader on the team, saying she is hardworking and vocal. She is traditionally a defender, but he wants to play her as a midfielder due to her ability to understand the game.

“She’s had a positive influence on a lot of our players,” Vaughn said. “It’s a special year and adding her is going to make it even more special.  We’ve had some great players here before, and she’s right up there with them .”