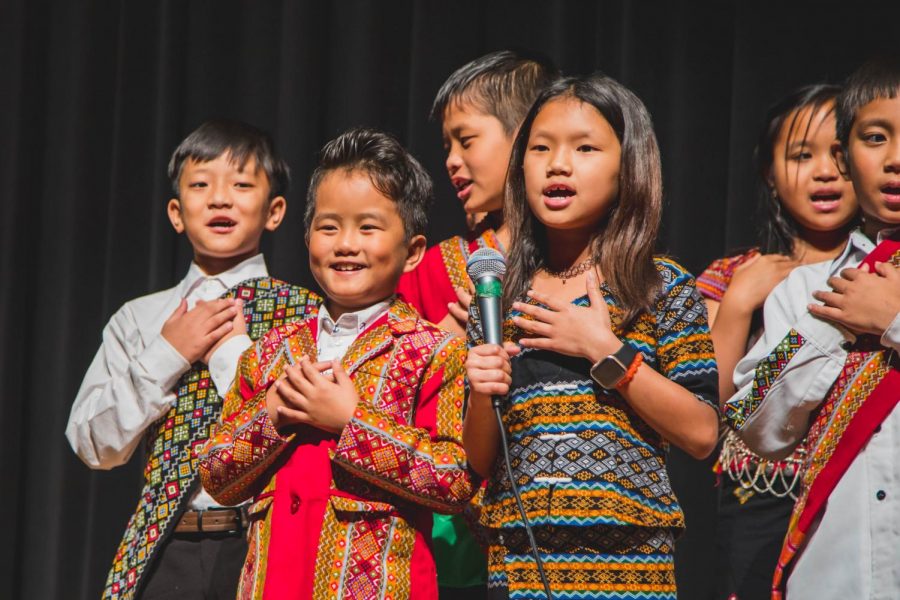 A group of Chin students performs at the annual Chin Cultural Festival in February 2020. Photo via LISD.

“God bless you,” is a phrase the Chin students of Lewisville High School can say freely. Before finding refuge in America, they would have faced persecution for those three words.

Now, the students use their voices and are collecting donations to help people currently facing the struggles they once conquered.

Chin is an ethnic group native to the Chin state in the country of Myanmar, also known as Burma. BBC News reports that the Chin people are “one of the most persecuted minority groups in Burma.” In 2008, the city of Lewisville became home to Chin refugees who were brought here by the United Nations. LISD’s Chief of Schools, Andy Plunkett, was a principal at various LHS campuses when many refugees came and joined the English as a Second Language (ESL) program.

As the students learned English, they were assigned a writing prompt about the hardest day of their life. All of the students wrote about their journey escaping persecution; they went from Myanmar to Malaysia, many refugees walking about 600-1000+ miles. Plunkett said while reading the students’ responses, he got chills.

Plunkett was named principal at LHS Harmon campus, for ninth and 10th graders  in 2011, and said at that point they began seeing Chin students who had lived in the country for a few years.

“By 2011 [at Harmon] we got more kids who spoke English [because they had moved to the U.S. at a younger age],” Plunkett said. “They were the most polite, respectful and religious students the teachers had ever met.”

When the first group of Chin seniors graduated, teachers at LHS Harmon donated over $1500 to award three of the senior Chin students with $500 scholarships through Lewisville Education Foundation (LEF). This tradition still continues today and has been added as an official LEF scholarship. Hebron’s ESL liaison, Carolyn Pedrazine, worked with Chin students at LHS Harmon and spoke about the students’ gratitude.

“The scholarship was created in the name of Becky Nelson, [who] started the Chin ministry [through her church] and everything the Chin [in Lewisville] needed went through the refugee ministry,” Pedrazine said. “LEF wanted to honor the Chin students in a special way and then name it after [Nelson]. That was just such a huge honor. [The Chin people] definitely saw that as not only being recognized, but then recognizing the people who had helped them.”

Chin students have been awarded the LEF scholarship at the Chin club’s annual Chin Cultural Festival. This year, due to COVID-19, the festival was premiered virtually on YouTube. Not only did the students present their cultural traditions and receive scholarships, but they also educated viewers on the current state of Myanmar. The club has been advocating for congress to pass the Protect Democracy in Burma Act of 2021.

“My favorite part [of being club president] would be organizing the festival,” LHS Chin Club president Dwat Hle Khun said. “[This year], we are going to [educate] the people [who] don’t know what’s going on in Myanmar.”

The Chin club will be accepting donations for Myanmar until May 1, and money can be sent through Venmo (@Bsung7) or Zelle (972-348-8631). The funds will benefit the Civil Disobedience Movement (CDM), an organization attempting to restore democracy in their country.

“One thing that really struck me about Chin students in general was that a lot of the ones I talked to [had a] goal to go back to their home country and make it better,” Pedrazine said. “It’s amazing [that they are] teenage students [who] are willing to advocate on that level, and then you think of everything they came from. [They are] an example for all of us.”