Leaving a legacy through Latin 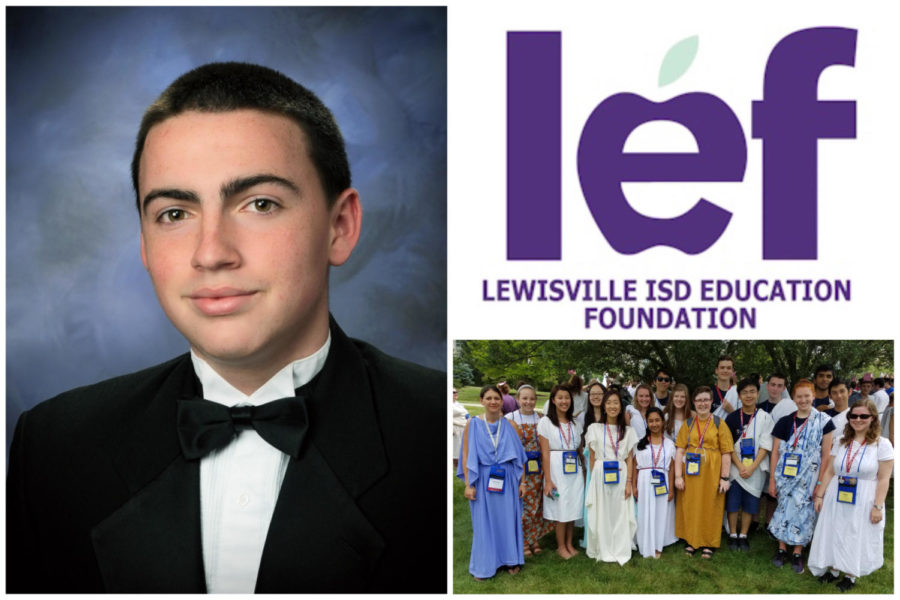 When class of 2016 graduate Will McCrady registered for Latin I his sophomore year, he thought he was getting an easy way to earn his foreign language credit. However, Will gained so much more than just high school credits through the class. He met a teacher who impacted his life and joined the Latin club, where he made lasting memories and gained accomplishments at various National Junior Classical League conventions. His journey with Latin didn’t stop when he graduated high school in 2016: Will continued his interest in Latin into his college years where he participated in similar activities at the University of Nebraska.

On Sept. 5, Will unexpectedly passed away due to a tragic accident. Soon after, Will’s parents, Adrienne and Tom McCrady, set up a scholarship program under Will’s name for the Lewisville Education Foundation. The William McCrady Memorial Endowment is a scholarship that covers costs of annual conventions for Hebron students in the Latin club,  a chapter of the National Junior Classical League. The scholarship is open for all active members of Latin club to allow them to make memorable experiences at area, state or national Latin conventions, just as Will did during his junior and senior years.

Once Tom and Adrienne had the idea of how to honor Will, they reached out to Latin teacher and Latin club sponsor Courtney Herring and the Lewisville ISD Education Foundation to get the memorial endowment set up for family and friends to donate.

“We knew we had to set it up as quickly as possible so people could donate when we sent out the obituary and at the funeral,” Tom said. “Herring gave us everything we needed. We reached out to her with the idea, and she was incredibly responsive. Typically it would take weeks, even months, to set this up, but they made it happen in days. Between Herring and everyone over at LEF, we couldn’t have done it without them.”

The memorial endowment will be used to cover Latin convention trip expenses, especially the state and national conventions. Every year, the Hebron chapter has about 30 active members compete in various Latin-related activities such as academic tests, oration, theater, singing, sports and culture in hopes of placing.

“If they place 1st or 2nd at State, their trip to nationals is partially paid for, but sometimes students still can’t afford the remaining cost — it’s usually about $600,” Herring said. “Nationals usually cost about $1,000 with airfare without partial coverage, so this scholarship will help any active participant who wants to go to state or nationals. I can divide it among multiple students to help pay their costs as well.”

Besides representing the school on the state and national level, Will’s involvement and dedication to Latin club has made it what it is today. By sharing his love of the Latin language and culture to those around him, Herring said Will convinced many of his classmates to compete in conventions where they created memorable experiences.

Although Will has passed, Tom said he hopes to keep memories of Will alive not only through the opportunities that the scholarships will provide, but by how his altruistic and authentic nature touched those around him.

“He was someone who was there for people who genuinely needed help,” Tom said. “[Additionally,] he was true to himself and he didn’t let [outside influences] affect him. We all feel pressure from different areas from what society wants us to be, but he was [genuine] and didn’t let pressure affect him. He was a great kid who marched to his own tune.”