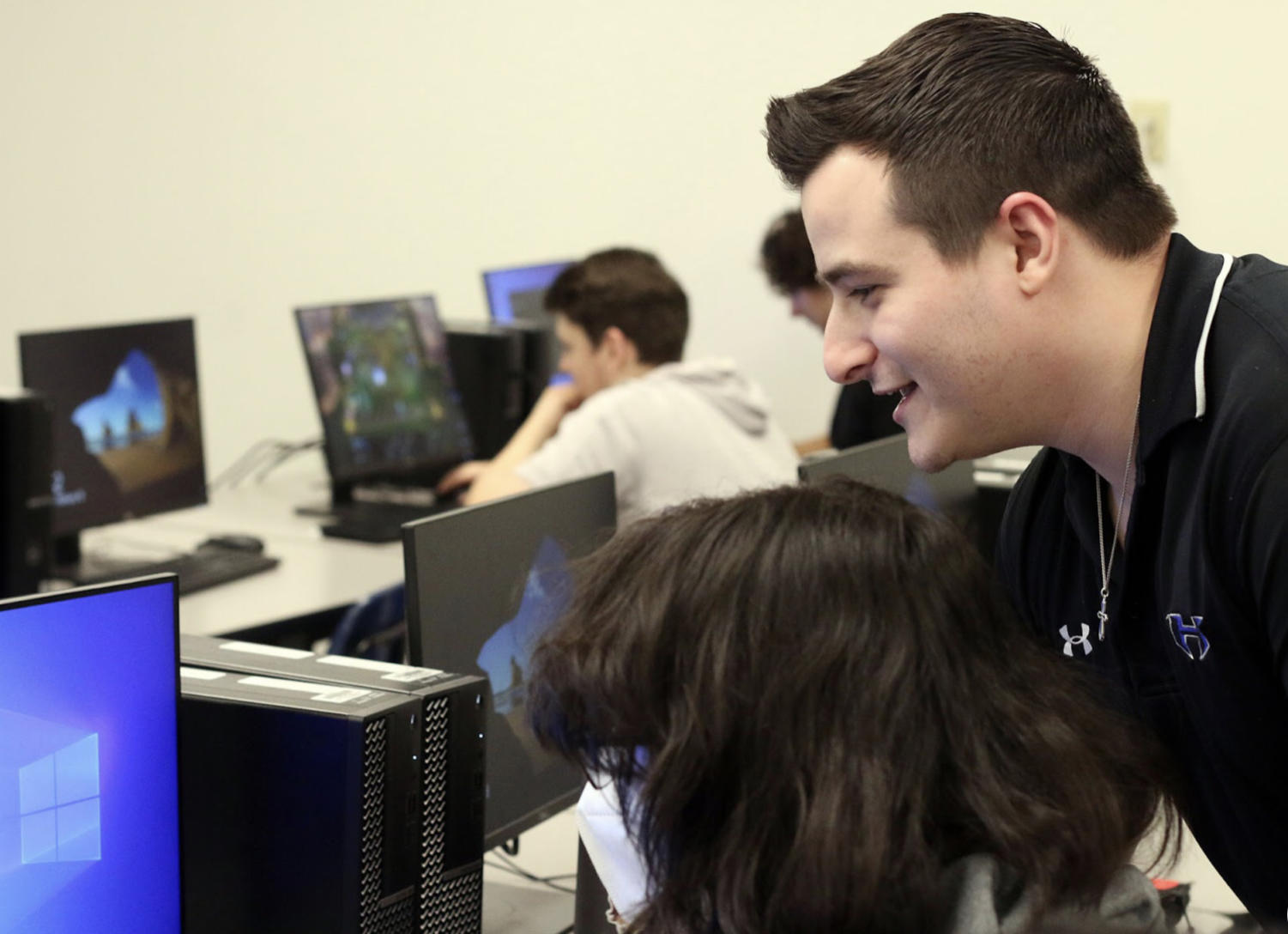 Chemistry teacher and esports sponsor, Jaden Gorham helps junor Bryce Hall to complete his set up for the five-to-five esports competition that all Gorham’s students participated in during his fourth period esports class. (Hyunsol Lim)

Chemistry teacher and esports sponsor, Jaden Gorham helps junor Bryce Hall to complete his set up for the five-to-five esports competition that all Gorham’s students participated in during his fourth period esports class.

Chemistry and video games may be polar opposite activities, but for chemistry teacher and esports club sponsor Jaden Gorham, they are just two parts of his day.

Gorham has been playing video games since he was a teen, but he did not get involved in the competitive gaming scene until college. Esports is competitive video gaming involving teams playing against each other in competitions.

Furthering his interests in esports, Gorham started the esports club last year and the official class this semester. Hebron is the only LISD school to have an esports class on its course list. Gorham wants to be able to create a comfortable space for students who game competitively at school and esports club president Rachel Ko said he does this through his esports club.

“[I’ve known Mr. Gorham] ever since sophomore year, and he’s very energetic [and] passionate about what he likes to do,” Ko said. “It is cool that we have a teacher like Mr. Gorham that plays games. Esports is kind of a tough topic when it comes to administration, so him being able to advocate for us and keep pushing [for it] even though we get put down sometimes really helped fuel my passion [for esports].”

One of Gorham’s friends, environmental systems and earth space science teacher Kristopher Phillips, said Gorham is passionate in what he does, whether it be with chemistry or the esports club.

“When you’re passionate about things and you care about them, you have [the] ability to put more into those things,” Phillips said. “I think Mr. Gorham’s passion for teaching students chemistry, esports and building something new really motivates him to be successful in [what he does] and find balance.”

Gorham is also in the middle of creating both an online and an in-person board game called ‘Empires of Aether.’ The in-person version is still a rough prototype of a paper board game, but it is also on a program online called tabletop simulator.

“[Gorham] came to me and said, ‘I have this idea I’m trying to put together,’ and within a week, he said, ‘Look, I have this prototype that I made,’” Phillips said. “He and I have been testing [the board game] out both online and in-person to try to figure out the flow of the game and to try to make sure it’s both fun and competitive no matter what [the players are] doing.”

Gorham said he enjoys being able to teach chemistry, play esports with students in his class and spread his passion for both subjects to others. Although there were complications with the district not being able to put esports on the course list district-wide due to COVID-19 pushing it off, Hebron was the only school that attempted to do anything with esports while everyone was virtual. Gorham said he hopes the school can be a model for the others in the district once they start their own esports programs.

“I love sitting in on the competitions of the teams while they’re playing,” Gorham said. “Listening to [the students] when they celebrate themselves is a really cool thing to witness. Although the [district] has given us trouble with [esports] in the beginning, we are in the position to do what we want, and seeing the kids have fun with each other is pretty awesome.” 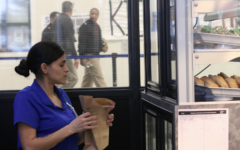 A bite into their story