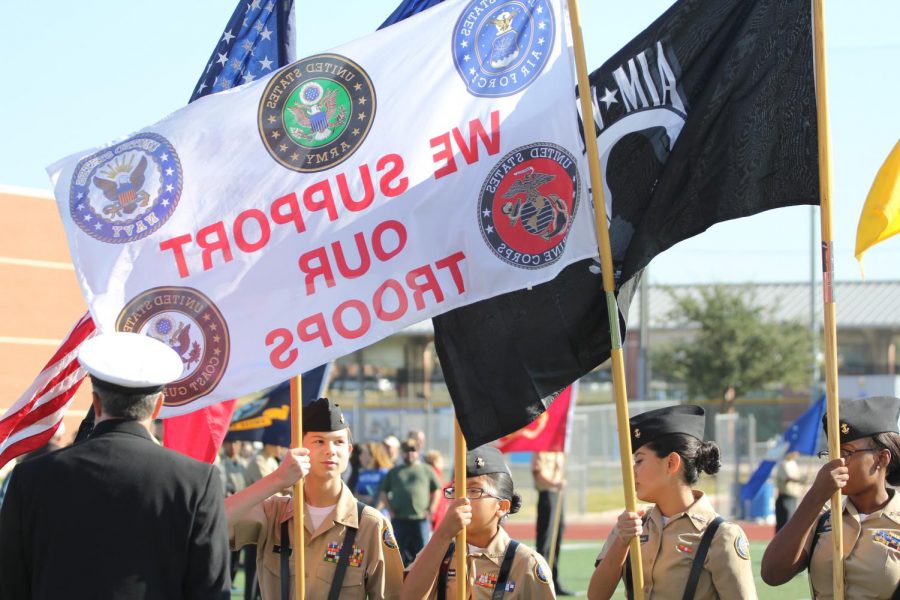 NJROTC holds up the flags before the assembly. They were preparing to escort the veterans onto the field.

The Veterans Day assembly was held at the football stadium on Nov. 10. Veterans from all branches of the military were honored by walking the football field while a song highlighting each branch of the military played. Afterward, retired army lieutenant colonel Ginger Simonson delivered a speech.

Marine Willie Council, a veteran of the Vietnam war and grandfather of junior Anthony Council, attended the assembly and said he is proud to be a veteran and that days like this remind him of what is important.

“To come to something like this is very emotional for me,” Willie said. “Being from the Marines, we lost 58,000 troops [in Vietnam]. So this assembly meant a lot to me, especially during the [military] taps [song].”