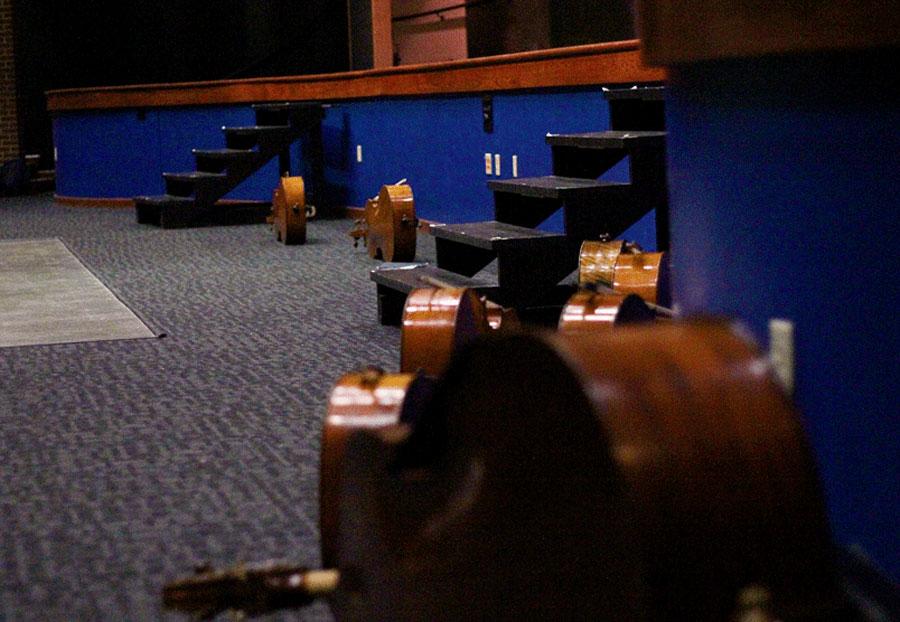 The students lay their cellos and basses down in front of the stage when not performing.

The orchestra held a UIL Preview concert in the auditorium on March 6 prior to its contest on March 8 and 9. Orchestra showcased the songs they are to perform at UIL. Selections like “Mozart’s Symphony No. 40,” “Autumn Vows,” and “The Gift” were performed.  All string orchestras performed three songs each, and the Chamber orchestra was joined by the band for another three songs as the Symphony orchestra.