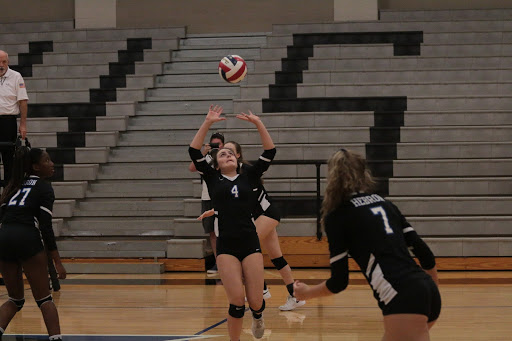 Sophomore Alexandra Geer passes the ball to her teammate. This is Greer’s second year playing on the JV team.

The JV volleyball team beat Irving Nimitz last Friday 2-0. The game started off close, but the team eventually pulled ahead to win the first two games. It was the team’s final game against Irving Nimitz, and they will be playing Irving MacArthur on Oct. 1.

“It was a good game because we adjusted to the other team’s levels and made faster plays,” freshman player Jada Johnson said. “Every time we made a wrong move we quickly picked ourselves back up again and put our full focus on the game.”