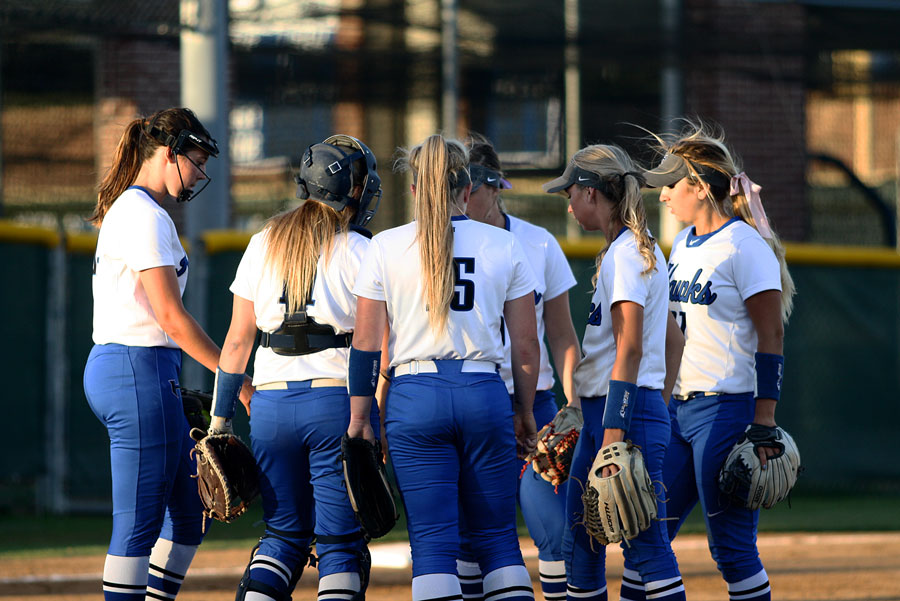 The varsity softball team huddle up at the beginning of an inning.

“I am so proud of our team this year,”  senior softball player Emily Colbert said. “I think that before the season started, a lot of teams had underestimated Hebron, so we weren’t expected to do as well as we did. Softball hasn’t made playoffs since my freshman year, so this was a really cool experience to get to compete on that level. It was a fantastic way to finish my softball career with such an incredible team.”

The team was lead by new head coach Jason Gwyn who previously was the assistant coach of the team before leaving to coach at Little Elm for the 2015 school year. Through his coaching style, Gwyn helped the team make playoffs for the first time since 2014.

“Coach Gwyn really changed the program for better,” Colbert said. “Now that he is back, I feel like the whole team became better, which allowed us to have more fun and compete more.”