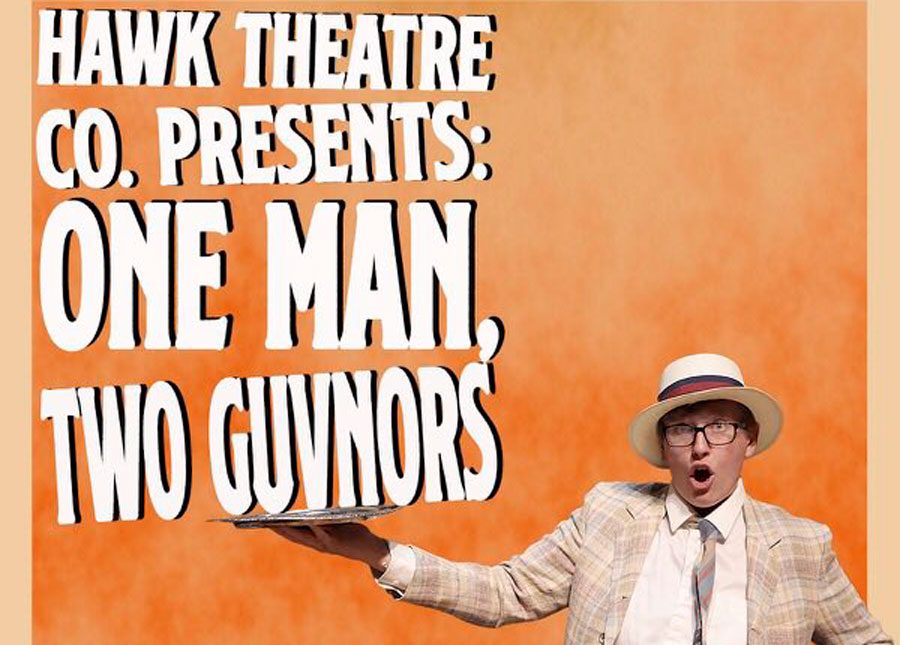 Hawk Theatre Company will perform its fall show “One Man, Two Guvnors” on Oct. 11 – 13 at 7 p.m. in the main campus auditorium. Tickets can be purchased for $10 at the door, or $5 with a Hebron ID.

“One Man, Two Guvnors” is a play by Richard Bean, an English adaptation of “Servant of Two Masters,” a 1743 comedy play by the Italian playwright Carlo Goldoni. The play replaces the Italian period setting of the original with Brighton in 1963. The show has many instances of audience participation and fourth-wall breaking.

“I’m ready to make the audience laugh and to just get all the energy and it’s going to be a great time,” junior Krishna Nair, who plays Alan, said. “We all love the show and we’re really passionate about it.”

Francis, a hungry and unlucky bumbler, suddenly finds himself employed by two bosses. His first “Guvnor” is Roscoe Crabbe, a revered London gangster who has, apparently, come to Brighton to claim money owed to him by his fiancee’s father, Charlie Clench. However, it soon becomes clear that Roscoe is, in fact, his twin sister Rachel Crabbe in disguise. Unfortunately for Francis, his second boss is Stanley, Rachel’s boyfriend, who does not know that Rachel is in Brighton. Stanley is hiding from the police, waiting to be reunited with Rachel. To prevent discovery and earn money from both guvnors, Francis must keep Rachel and Stanley apart.

“I am so excited to be working with such wonderful people,” senior Andrew Hardaway, who plays Francis, said.  “And for having the opportunity to make such a complicated set. I am excited [to] just get out on the stage and do what needs to be done to get laughs, tears, smiles and etcetera.”

“One Man, Two Guvnors” is directed by head theatre director Ryan Heitzman. The cast has been working on the show since August, rehearsing after school everyday.

“I’m most excited to go up there and make everyone laugh,” senior Joseph Hoffman, who plays Stanley, said. “I think one of the big things that Hebron hasn’t done before is a comedy; we do a lot of dramas and it can sometimes put you in a place where you don’t necessarily want to be, but comedy is really about lifting people’s spirits and it can really help you find the best in a situation.”