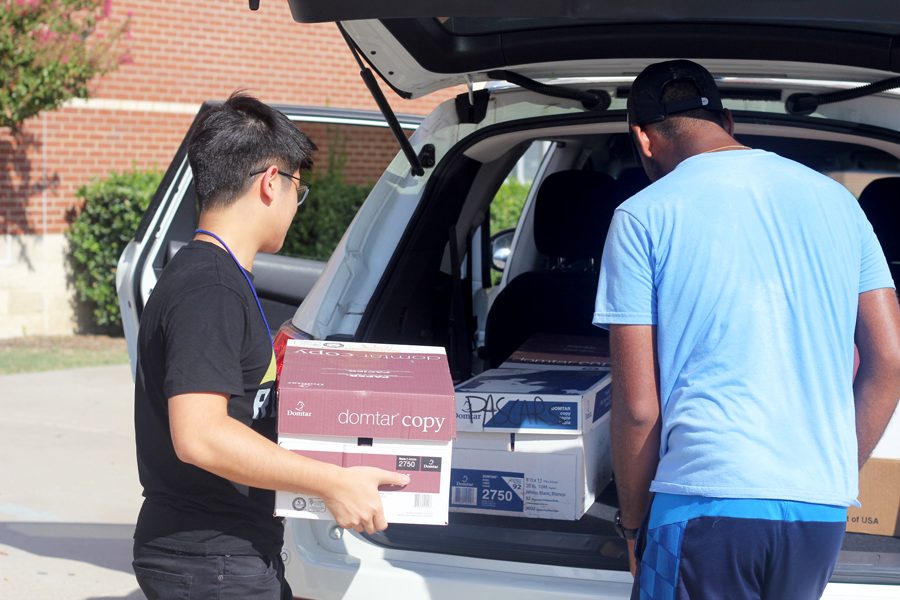 Seniors Phillip Ng and Allan Jacob load boxes filled with donations into Allan's car. After loading the supplies into the car, the seniors went shopping with the remaining money.

Ms. Anderson had never considered the possibility that she would become a Section 8 tenant until Oct. 15, 2016, when her house caught fire while she was visiting family over three hours away. She lost everything she owned to an exploded water heater. Without insurance to compensate, Anderson, a single mother with four kids, had to figure something out, which led her to Section 8.

Anderson found out about Section 8 housing through a couple of friends on the program, and found a house available for rent with senior Phillip Ng’s father as the property manager. After about six months, Anderson moved to a home in Cook County.

Anderson has been on the Housing Choice Voucher (HCV/Section 8) program for four years, and has moved houses twice. She currently lives in Rockwall.

“Because of Section 8, I’ve never had to actually reside in a below-level area where there’s a lot of crime and the school districts aren’t as good or anything like that,” Anderson said. “We all live in nicer neighborhoods where there is a higher rent, and as a single parent, it would be hard for me to afford that.” 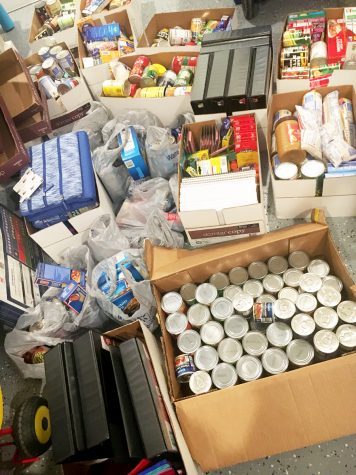 In total, the seniors were able to gather 506 items to donate. The items were picked up by the Inclusive Communities Project (ICP) to distribute them to tenants.

The HCV program allows individuals to rent and live on properties in areas that otherwise may not be affordable with their income. In order to integrate tenants into more affluent neighborhoods, the Housing Authority covers a portion of their rent through directly paying private landlords.

While the HCV program provides compensation for housing, there are still some other expenses that need to be covered such as everyday items and food.

In order to alleviate some expenses of Section 8 tenants, Ng organized a drive where students could donate items to room 2110. Ng distributed the supplies after school on Sept. 26, when the drive ended, to the Inclusive Communities Project (ICP), a not-for-profit organization directed at helping Section 8 tenants.

Ng was able deliver 506 items to ICP, including school supplies and canned food.

“There are people that are very, very unlucky in this world, so I just thought it would be a good chance to give back to them,” Ng said.

“The biggest point of Section 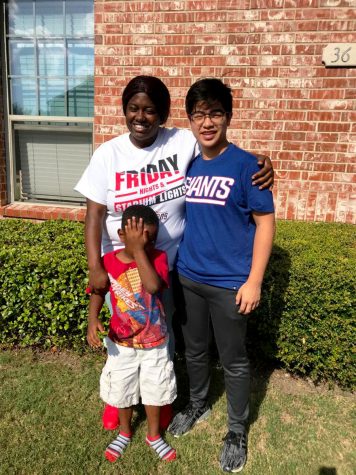 Senior Phillip Ng poses with Anderson and her son.

8 is desegregation and to have some form of social mobility,” Ng said. “You can’t just do that with the house. The house provides you with a [good] school that helps, but [tenants] still need things such as school supplies and food.”

“What I did in the summers was I would help fix these houses, and some of them were really messed up,” Ng said. “I was really able to see the kind of conditions in which some people lived in, and it was absolutely horrible.”

Despite already being familiar with the Section 8 tenants and the program for several years, Ng got the idea for the drive this summer after Ms. Anderson expressed she wanted her kids to excel in school.

“I remember going up to their rooms, and it was basically empty except for a few toys here and there,” Ng said. “But the desk was empty, and I was just thinking: how could you excel in school without the supplies to do so? I just thought maybe this [drive] is something I could do to help with that.”

Ng said there is a stigma surrounding Section 8 tenants which deters landlords from renting homes to them. He said managing houses for landlords and creating relationships with tenants will help reduce it.

“We’re forcing this engagement through this middleman process,” Ng said. “We show to [landlords], with proper management, these houses can not only be profitable for the landowner, but also it can benefit the tenants, [while] at the same time combating the stigma.” 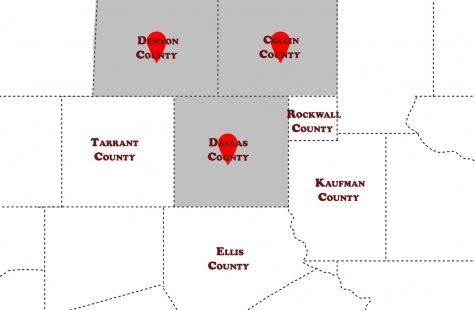 “ICP staff members spend much of our time educating clients, landlords, developers, city officials, and the general public about the program and fair housing, etc.,” Rolfe said via email.  “Having a landlord finally decide to rent to a voucher holder is a great way to begin to override stereotypes and myths.”

“Some people need [the program],” Anderson said. “They need that help. They’re not being lazy, they need help. It could be a single parent, it could be a disabled parent or somebody that can’t go to work.”