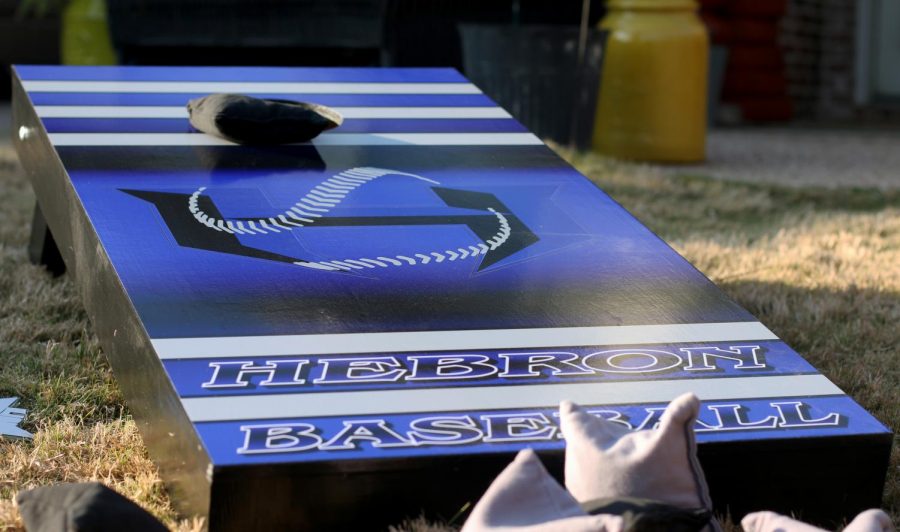 The cornhole tournament, which is set to start at 1 p.m., will follow the annual alumni game that begins at 10:30. The game will feature past players and both events are ways the booster club is trying to raise money for the program. “The alumni game is something that Coach Stone has done for many, many years and it brings the players back in town,” Johnson said. “The idea to pair [the tournament] with the alumni game was because the alumni game is one of the few games that we can guarantee will be on a Saturday.”

Baseball is hosting a cornhole tournament on Feb. 23 at 1 p.m. to raise money for the upcoming season.

The first cornhole tournament will be paired with the annual alumni baseball game which is at 10:30 a.m. The individual entry fee is $20 and the team entry fee is $40. The deadline for registration is the day of the event, Feb. 22.

They are hoping to raise over $1,000 through the fundraiser. The money they make will go to the end of season banquet, equipment and an annual trip to Houston; all three are funded by the booster club. Baseball does other things for fundraising as well, but they hope to continue hosting the cornhole tournament.

“We do a thing called Squad Funds, we sell logo wear and the chairs at the football game; the baseball booster club actually has that relationship,” Johnson said. “However, our plan is for this to be an annual thing.”

There are three divisions for the cornhole tournament: a celebrity division with people like head baseball coach Stephen Stone, an open division in which anyone can play and a mother and son division.

“Mothers and sons don’t get a lot of opportunities to compete together, so it gives us a great opportunity to do that,” Johnson said. “Interestingly enough, it’s the bracket that has filled up the fastest, so I am really looking forward to that.”

The idea for a cornhole tournament began when Johnson participated in one for work. He did some research on how to run the event and presented the idea to Stone, and president of the booster club Dallas Balma.

“Cornhole is for everybody: sons, daughters, grandmas, grandpas, guys at the office, it’s a backyard game,” Johnson said. “We wanted to do something where everybody could get involved with.”