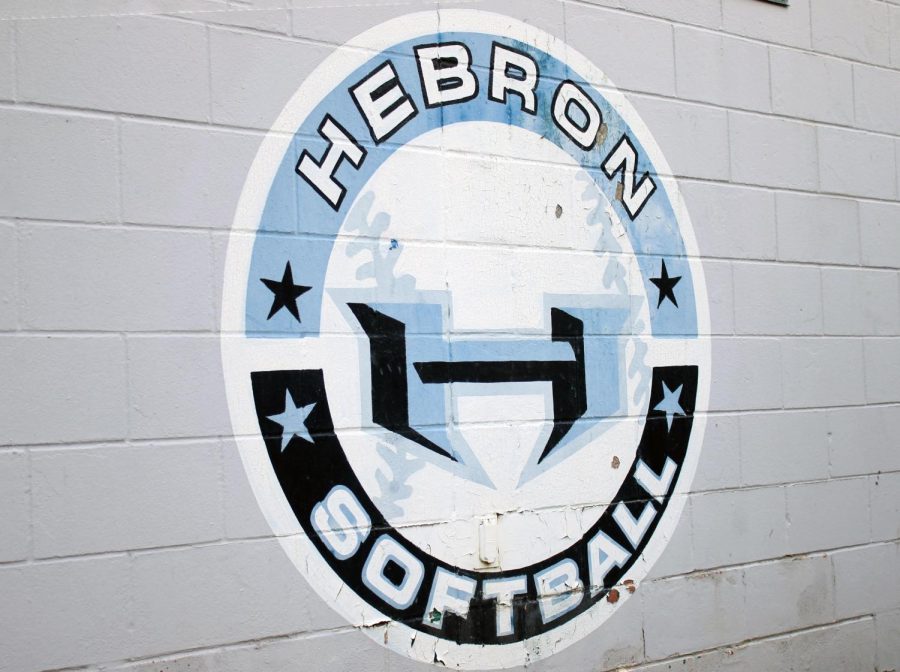 The Hebron softball team sign located by the field house.

Softball will play its first scrimmage at Frisco Wakeland on Jan. 30 at 1:00 p.m.

Last year, the team only got to play one district game before school got canceled due to COVID-19.

“To have only gotten to play a little was hard, especially for the seniors because it was their last season before they moved on,” head coach Jason Gwyn said. “It was hard for everybody, but especially the senior class that did not get to play their last few games.”

Senior Rylee Nicholson said she is grateful for being able to play this season after not having a proper season last year.

“Last season being canceled has made me realize how much of a blessing playing softball is,”  Nicholson said. “Now, I go to every practice with a positive attitude and [leave] everything on the field.”

The team has been working on their speed and defense skills to prepare for games against tough opponents.

“All of the preparation with them has been getting over the mental hurdle of knowing that Flower Mound has been at the top of our district,” Gwyn said. “They excel a lot on the base pass and they are extremely fast and disciplined. So with them, we prepare differently by practicing for more of a speed game and taking extra bases.”

The team played a few games during their pre-season to prepare for district games, tournaments and playoffs. Their first district game will be March 2 against Plano East.

“Especially because of last season, we are just trying to take advantage of any game we get to play and be thankful,” Gwyn said. “We have been practicing and preparing for games with the mindset that at any point the games and the season could be taken away.”