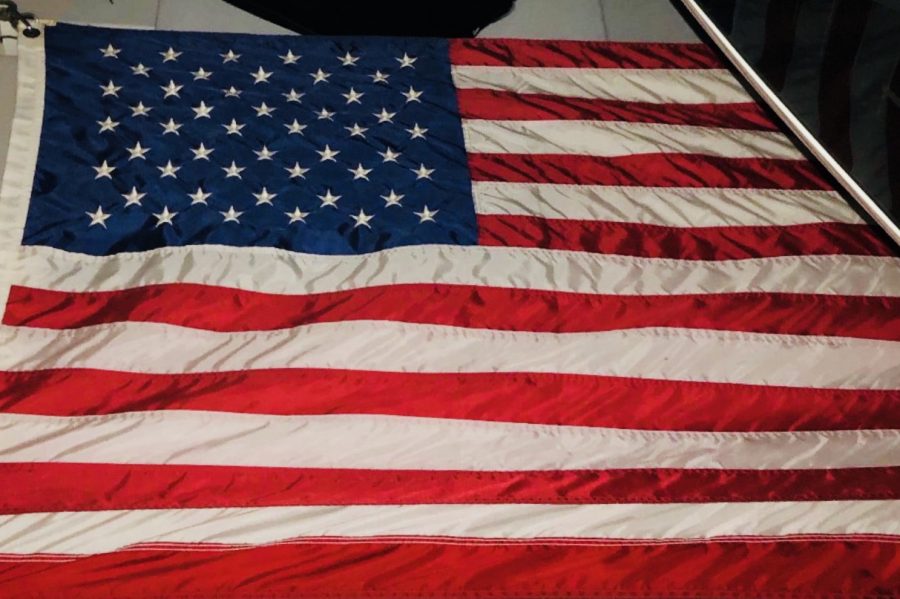 An American flag hangs on the wall of a Texan family. The flag is a symbol of the freedom given to us by our Veterans.

A ceremony will be held on Nov. 10 at the football stadium during 2nd period to honor veterans.

Veterans Day is a federal holiday annually observed on Nov. 11. Veterans Day was formally known as Armistice Day, and was specifically set to recognize all living members of the military. The school held its first school-wide ceremony last year.

“For me, to start this was kind of a [gesture] of appreciation and respect for those men and women who have fought for our country and given their lives,” principal Scot Finch said. “I think we forget about how fortunate we are to have the privileges that we have here in America, and the cost that has been paid for you and I to have the kind of life we have now.”

ROTC, student council, choir, orchestra, band and the senior class have all helped assemble this ceremony.

“ROTC is providing the main color guard for the ceremony,” Chief Thomas Cacy said. “We will have a number of cadets who will be flag bearers for the branches of the military that will be there: army, navy, national guard. We will also provide escort duty for anybody that needs it.”

Multiple branches of the military will be present. The guest speakers include retired army lieutenant colonel Ginger Simonson as well as members from almost every branch.

“We like [Simonson] coming because she’s a lady [who’s] also an officer,” Finch said. “She does a lot of things for veterans, such as [supporting them] once they get out of the armed services. We will have a list of names and their service and if they were in any conflict or war.”

Finch said the school is celebrating Veterans Day with the intention of honoring those who have served the country and are living today.

“I want to recognize those folks who have sacrificed a great deal [of their lives] for people like you and me to have the kind of life we have here in America,” Finch said. “We sometimes forget the price that was paid for the country that we have now.”