Hawk Theatre Company to perform “Love of a Pig” 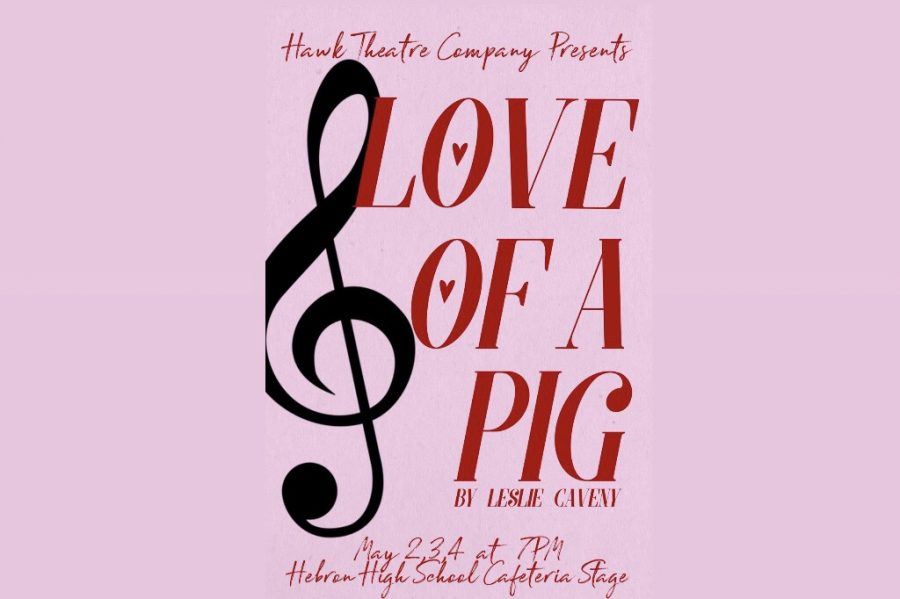 Hawk Theatre Company will perform “Love of a Pig” on the cafeteria stage May 2 – 4 at 7 p.m.

“It’s been a really interesting experience with my character,” sophomore Adam Tomaino, playing the Mailman, said. “Finding a good balance between romantic, serious and funny is difficult, but they all make up the play. You can’t have one without the other, just like in real life.”

In “Love of A Pig,” a woman, Jenny, is desperate to find true love. She becomes infatuated with Joe, a man in her orchestra, and makes it her mission to be with him. Things don’t go as planned, however, as Joe reveals his true colors.

“Even though this show might seem like a comedy, there’s a really good meaning to it for all the single ladies out there: to love yourself and not let a man define your worth,” junior Elizabeth Reed, who plays Jenny, said. “It’s something that I think a lot of people I know need to hear, including myself.”

The cast and crew have been rehearsing since April. They rehearse every day after school and on the weekends as well.

“The community of our theater is really nice,” junior Mike Robinson, who plays Joe said. “I can learn and grow as an actor and person. Even when things got really stressful, I knew that all of the cast had each others backs.”

This is the second show that guest director Demond Wilson, who runs the Act 1 Drama summer camp, has directed. Wilson previously directed “Bob, A Life in Five Acts” at Hebron last year. Wilson is revered for putting his own spin on shows, adding music and dancing and deepening the relationships of the plays.

“With theater, you never know who’s in the audience, and who might really need to hear the message,” Reed said. “Maybe it will inspire them to do theatre themselves, or who will really take it to heart.”