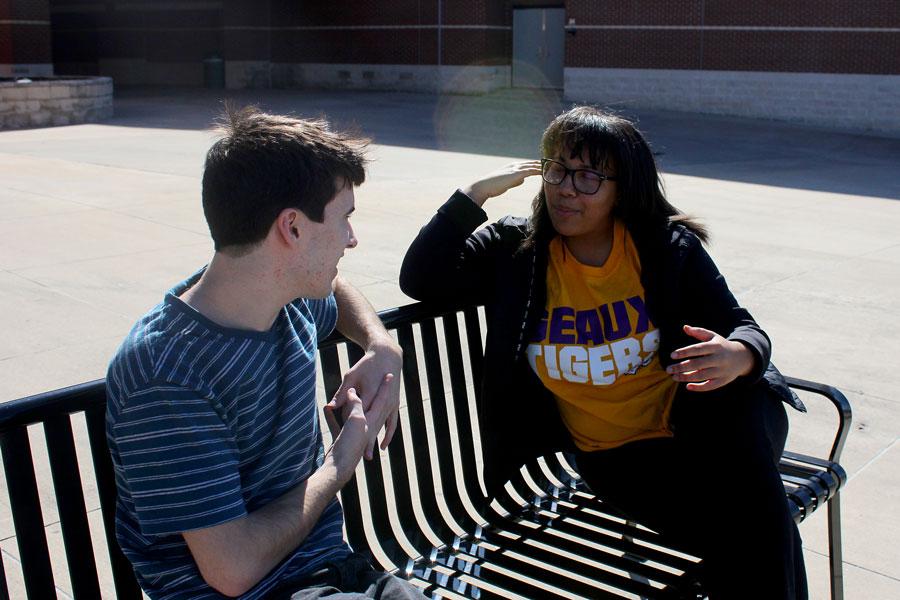 Part of this stems from the fact that women are now seen as more than just mothers and housewives. In relatively recent times, women have proven themselves to be completely capable of being independent and doing things for themselves. As a feminist, I think this is amazing. Women should be seen as strong and capable human beings. So long, outdated mindset and hello, equality! But are women and men truly equal? They are, but they aren’t always treated as such.

Men are quick to play the “men and women are equal” card when it comes to getting out of holding the door open for a lady, but where is that attitude when it comes to giving women and men equal pay, or letting a woman run a Fortune 500 company, or encouraging girls to pursue math and science? If men want to claim that the reason they’re no longer chivalrous is because they respect women and think of them as an equal, rather than the weaker sex, they should start giving women that same respect in all aspects of life.

I believe we still need chivalry for a slew of reasons. One of them has to do with what girls and women experience on a daily basis. From catcalls and whistles to physical assault, females are constantly bombarded with sexual harassment. Eighty-four percent of women admit to experiencing street harassment for the first time before the age of seventeen, according to a survey conducted by Cornell University. The average age at which girls first notice sexual harassment is twelve. Females are taught at a young age that they shouldn’t wear revealing clothing, they shouldn’t go anywhere alone at night, and they should always hold their keys a certain way just in case.

It’s no secret: for women, interactions with men are often threatening. If my first interaction with a guy involves him making a crude or disrespectful comment, or a “joke” as some guys like to call it, I am going to do everything in my power to avoid a future interaction with him. However, if my first interaction with a guy involves him doing something polite or “chivalrous” (holding a door open for me, perhaps), I will be much more inclined to trust him. Guys who do those simple things that we call chivalrous are making the female experience in this world a little less threatening.

I’m not saying they should be praised for it, though. We shouldn’t think some guy is incredible because he took the extra second out of his day to open the door for us. If anything, a man saying he “shouldn’t have to hold the door open” is a better indicator of his character than him saying he loves to do it. Being chivalrous isn’t incredibly difficult and you don’t have to be a saint to take part.
Too many people have a skewed sense of what chivalry actually is. In the Middle Ages, it was all of the qualities that made for the ideal knight. This isn’t the Middle Ages, and we don’t have knights, so maybe it’s time to redefine chivalry. Chivalry should be something that exists outside of gender. Why can’t a woman hold a door open for a man? If everyone bothered to be a little more chivalrous to those in their company, whether that company includes people of the opposite gender or the same, we would have a much kinder society. Until that happens, though, ladies first.[/vc_column_text][/vc_column][vc_column width=”1/2″][heading subtitle=”Against Chivalry”]Spencer Goff[/heading][vc_column_text]Chivalry exists today as small actions that everybody can do for themselves, but which men are expected to do for women. Holding the door open for her, pulling out her chair, opening her car door, giving her your spot on the bus, paying for her dinner. As a feminist, I feel no obligation to extend special kindness to women in the name of chivalry. I’d rather extend kindness to all people regardless of gender.

By doing something for a woman that she can do for herself, you imply that she needs a man to do it for her. Women are fully capable of opening their own doors, waiting in line, paying their share. And we owe it to women to treat them like they can hold their own in this world.

Chivalry is the wrong way to measure a man’s character. We shouldn’t judge a man’s character by his ability to open doors for women but by the way he treats all people. If a man pulls his female date’s chair out for her but isn’t nice to the male waiter, is he really a good guy? Men who go out of their way to be chivalrous are only pumping up their own egos and attempting to prove their masculinity. Yuck.

Chivalry is a one-way street in which men are given extra credit for kindness that all people should extend to either gender. If a man happens to open the door for a woman, he should do so because it is the kind thing to do. Not out of chivalry and a selfish need to prove his masculinity. And why shouldn’t a woman open the car door for her boyfriend if she feels like it? Or pay for her guy-friend’s dinner? Chivalry may not be dead yet, but each gender would do better if it were. [/vc_column_text][/vc_column][/vc_row]