Staff Editorial: Pledges should not be mandatory 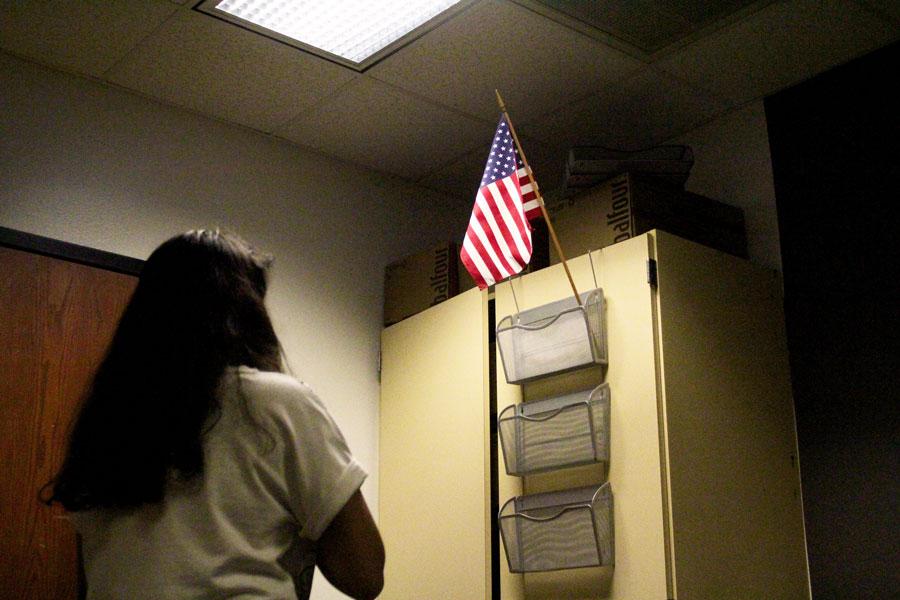 In 1833, Texas founded the Pledge of Allegiance to represent the loyalty citizens have to the country, and later added the moment of silence. Originally, the pledge was never written as a mandatory ritual for schools to follow but it is now a social norm for students to stand and recite it. Recent reports have shown athletes, like San Francisco 49ers quarterback Colin Kaepernick, using the National Anthem as an opportunity to make their point of views clear on this topic by refusing to stand. These demonstrations led us to wonder whether or not students should be able to use the Pledge of Allegiance to make a similar statement. As students grow older and gain more experience with the society around us, students should be able to make their to our own conclusion on whether to say the pledge or not.

Ever since students start their school years, they hear the Pledge of Allegiance every day. They are taught from a young age that they must recite the lines. The pledge stands for many aspects of America: the loyalty, the freedom and the armed forces. But loyalty cannot be mandated. In order to show the true loyalty of students, they should be able to choose whether they want to participate.

Just as any country, America has modernized over the years. This gives millennials different priorities than the previous generations. This generation has never been through a war that required a draft and most were infants (or unborn) on Sept. 11, 2001. This explains the lack of meaning the pledge has to the students; it’s not something they have to fight for. The pledge doesn’t serve a purpose to those who don’t find a meaning in it.  The repetition has been engraved into students’ brains which makes it lose the meaning after a while. The students are not given any meaning to the pledge, which defeats the purpose.

It is a moral courtesy that as people we must respect the traditions of our country. However, respecting a tradition does not necessarily mean participating in the tradition. Students should be able to choose whether or not to participate. Instead of having students start the mandated pledge in kindergarten, the state could wait until the students are in middle school. That way, the students are more mentally capable of making an informed decision on whether they should participate in the pledge. Later the schools could educate the students on the tradition and allow them to choose whether they should stand and recite or not.

The pledge represents the freedom, loyalty and respect the citizens have for the state and country. So schools should leave the choice to the students and represent the meaning of the pledge. This would show students how to think for themselves, evaluate the place they live in and choose whether they believe in what the pledge represents.