Vaping: The good, the bad and the pulmonary illnesses 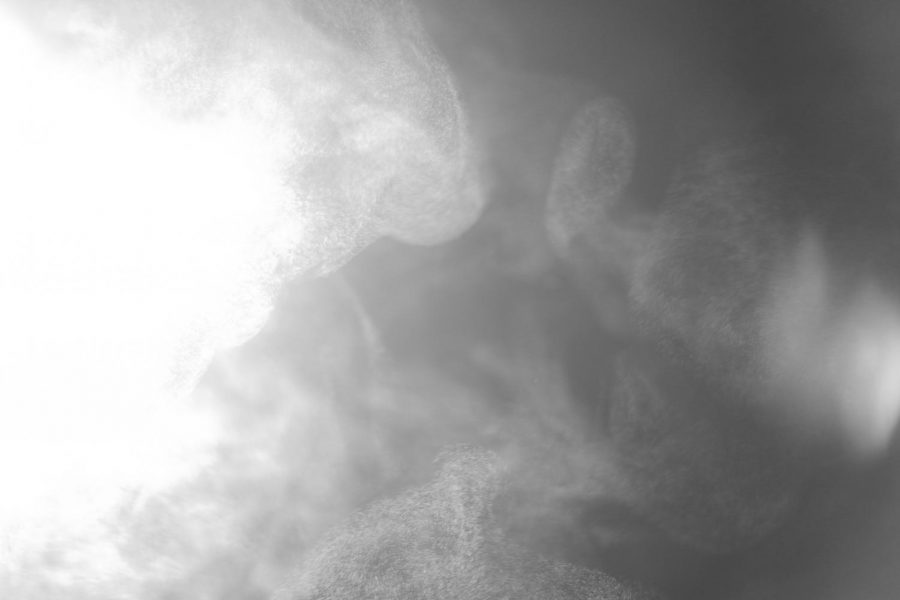 During passing period one day, I overheard part of a conversation that has stuck in my mind ever since. “I’m so tired of seeing anti-vaping ads. They’re not going to stop me.”

The day before I heard those words, I was sitting at a restaurant table with some of my friends and their families on a Sunday afternoon. My mom finished talking on the phone with one of her coworkers, sighing as she told us that her coworker’s 20-year-old daughter was in the hospital’s ICU on a ventilator with pneumonia in both lungs caused by vaping. This is just one case of pulmonary illness associated with e-cigarettes. There are 530 possible cases reported from 38 states as of Sept. 19, 2019, including eight confirmed deaths. That number is only increasing.

I wasn’t always so against vaping. I didn’t care what the people around me were doing; as long as they mind their own business, I’ll mind mine. In just this past month, my perspective has completely changed. The headlines and statistics speak for themselves. Young people are dying. The issue with smoking is the negative effects, such as lung cancer, tend to show after years or decades of continually smoking. With vaping, there are people being hospitalized with extreme respiratory symptoms after only four months of vaping. The negative effects greatly outweigh the positives, and the only positive for teens is that you might look “cool” in front of your friends. It won’t look as cool when you have an intubation tube down your trachea.

Based on preliminary reports on those hospitalized, patients have typically experienced an onset of respiratory symptoms (e.g. chest pain, cough, shortness of breath) over several days and weeks prior to hospitalization.

On Sept. 6, Dallas County Department of Health and Human Services (DCHHS) sent an email to Dallas County Medical Professionals detailing that it “has received reports from hospitals within Dallas County of nine probable or confirmed cases of severe pulmonary disease associated with using electronic cigarette products. The median age of cases has been 19 years, with five patients requiring intubation and mechanical ventilation.”

Since vaping has grown in popularity with young people, there has been a lot of conversation of the negative health effects of the activity in my household. My dad and grandma both work in emergency medical fields – my dad as a firefighter/paramedic and my grandma as an emergency room director. They continuously warn me and my younger brother against vaping. Selling e-cigarettes to minors is already illegal; however, it is not uncommon to see high schoolers vaping in school bathrooms. And if you don’t see it, you can smell the fruity scent lingering in the air. My dad and grandma have said on multiple occasions that many vapers, especially teens, do not know how to properly clean their e-cigarettes. Therefore many are regularly breathing in bacteria, which contributes to the negative health effects associated with vaping.

The Trump administration said it plans to ban most flavored e-cigarettes. The federal government is working on legislation to remove all non-tobacco flavors from the e-cigarette market. The goal is to discourage kids, teens and young adults – who are vaping in massive numbers – from taking up a potentially dangerous habit. Many states including California and New York are taking action to ban flavored e-cigarettes as well.

CBS and WarnerMedia has dropped all e-cigarette advertising. E-cigarettes were initially promoted as an alternative to smoking, which kills close to 1,000,000 Americans each year. But now there are concerns around the potential health impacts of e-cigarettes. Many adults have protested the proposed bans because they quit smoking by using flavored e-cigarettes, but there are many other less dangerous alternatives to smoking cigarettes that can help people quit.

Although most of the hospitalized vapers have reported a history of using e-cigarette products, no single e-cigarette product or substance has been consistently associated with the illnesses being reported nationally. Center for Disease Control is currently recommending that until a definitive cause is known, people should not use e-cigarettes at all.

You’ve heard the facts and you’ve seen the anti-vaping ads. If you want lungs that look like they belong to a 70 year-old, by all means, go ahead and vape. I’d rather risk ridicule from my peers than risk death by vaping.