Eyes on the pies 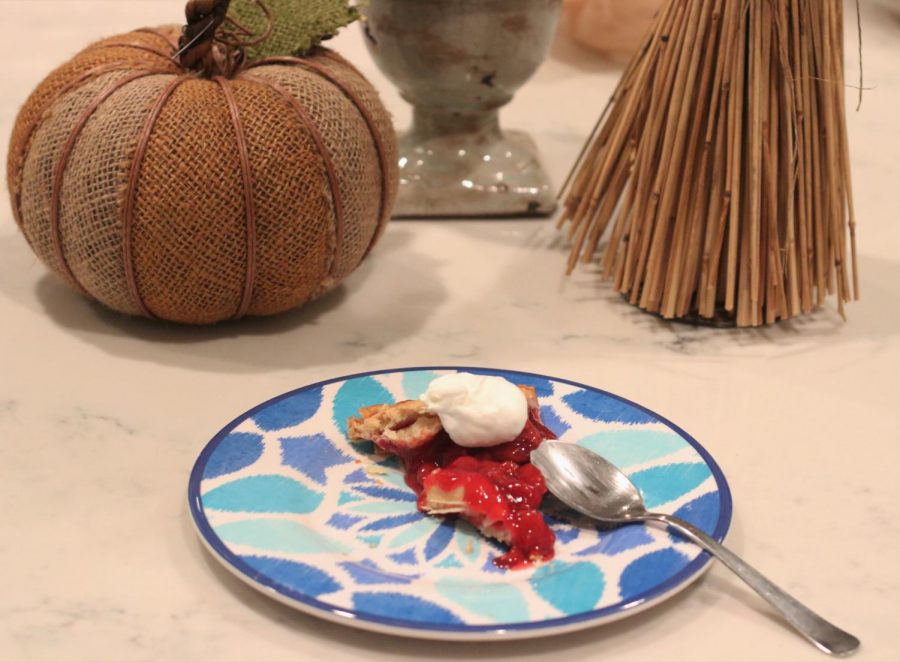 Thanksgiving is built off of good food. Without it, Thanksgiving would barely be considered a holiday. Essential among that food is pie; you can’t have Thanksgiving without pie. With so many to choose from, it can be difficult to pick one that will satisfy everyone. Having sat down and tried a few, here are my opinions on some classic pies.

Lemon Meringue pie is the quintessential “looks can be deceiving” dessert. When perusing the aisles of Kroger, the foamy, white topping caught my eye. I figured that it had to be delicious, so I bought it. I still regret it. The meringue  looks like a delicious cloud but ends up tasting like styrofoam. The lemon filling somehow managed to be both overly sour and sweet. I went from excited to disappointed in one bite. This pie looks difficult to make, and I doubt it’s worth the effort.

Apple pie is a traditional pie. However, I believe there is a lot of variance in apple pies – some are great and some you pass off to the dog. The specific apple pie I bought might have been “accidentally” eaten by the dog. While the pie was not gross, it failed to taste good enough to warrant its health detriments. The apples had a satisfying chew, but everything else failed to be anything but average. The taste was bland and the crust was unsurprisingly dry – all in all just boring.

Cherry pie is a forgotten one. When thinking of pies, cherry is rarely the first that comes to mind. However, that should be changed. Cherry pie has a nice tart flavor that balances with the sweetness, keeping you from being overwhelmed. The crust in this particular pie was well done, flakey and delicious. Cherry pie is underrated and can provide a nice change of pace from more traditional pies. That being said, it’s still not a ten.

Pecan pie is one everyone knows, but how many people actually eat it every Thanksgiving? I know I don’t. However, after trying it again, maybe I should. The pecans provide a very nice crunch and flavor that works well with the sweet filling. While eating, I found myself thinking “This is better than I thought.” My only issue was the gelatinous filling can become a bit sticky; however, I think that can be easily remedied by adding more pecans, which I might have done regardless. Overall, a tasty pie.

Coming into the taste test, pumpkin pie was my favorite. I can easily say it still is. Pumpkin pie has mastered all aspects of deliciousness. Its smooth, cool texture is the best among pies. It is rarely plagued with the dryness common to other pies. Even though it was store bought, I found myself craving another piece. Pumpkin pie is not only the most delicious of all pies, but also adds the most to the fall atmosphere and should be considered the No. 1 Thanksgiving dessert.

Let me finish by saying that all pies have potential to be delicious; few pies are inedible, but some do rise above the rest. In my opinion, one pie stands above all, and that is pumpkin pie. However, if made correctly — preferably homemade not store bought — every pie can be great.