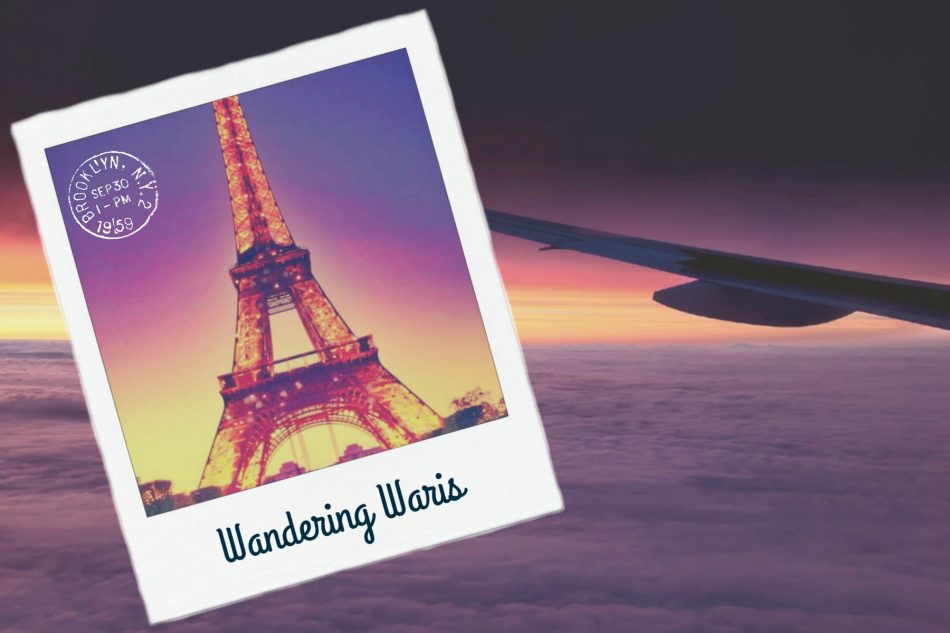 The closer we got to winter break, the more I fantasized about being on a long distance ride to a foreign land. Plane trips were something I’ve always dreaded, but this trip was definitely an exception.

I couldn’t wait to escape the dry, icy climate into the much more pleasant, warmer region of Chile. I anticipated the moment of leaving school early, knowing that I would be a couple thousand miles away from here the next day.

A week wasn’t enough to fit in all of the unique aspects that define Chile: the deserts, glaciers, mountains and beaches. Instead, we toured the areas around Santiago. So we started off with the Costanera Center, the largest mall in South America and probably one of my most favorites in the world. Since there was no need to shop for anything, we just went up to the food court, which occupied almost a third of the mall, which is probably why I liked it so much.

All of the restaurants were very appealing, but what caught my attention the most was the vast amount of crepe shops: Crepe Factory, Waffles and Crepes, including many coffee shops with a wide variety of them. A crepe in Chile is as common as eating a muffin or a bagel for breakfast in the United States.

After indulging myself on the ones there, I understand why. I am a crepe fanatic, and if I ever planned on settling down in Chile in the future, these crepes would probably be one of the main reasons why. Compared to those I have eaten before, these crepes were creamier and sweeter, just better than those in France, the crepe country. If any other food comes close to the divinity of the crepes in Chile, it’d probably be the Chilean seafood, super fresh and perfectly seasoned.

Since Santiago is the historical district of Chile, there were many cathedrals and various types of architecture that we visited. I really loved how the modern downtown clashed with old structures. One of them, the Santa Lucia Hill, was a huge lot of land placed right in the middle of two service roads. On our way up to the fort located on the hill, there was a small, lush garden with hot pink flowers aesthetically scattered on the ground.

Honestly, everything there was great: the people, food, architecture and scenery. But my absolute favorite part of the trip was my last day; that was when we actually got out of the city life and out to visit the unique areas that were one to two hours away from Santiago. The first place on my list was the Andes Mountains, the mountainous terrain that surrounded Santiago but we had to travel one hour to get onto the mountains and then another hour to climb to the top of it.

Our way up was very dangerous; the roads on the edge of the mountain were so narrow. If our driver made a mistake, it could possibly send us tumbling down. While it may have discouraged many from taking the ride up, I would honestly risk my chances if it meant seeing small waterfalls hitting the side of the road, walking into abandoned miner houses and breathing in the clean, pollution free air. However, the wind often picked up and dust would go flying into my eyes, but it didn’t matter to me.

After our one hour descent from the mountain, we traveled another two hours to Valparaiso, a place known for its proximity to the beach and its artistic build. Each home was a different color: orange, green, pink, bright yellow. Sections of the area were filled with beautiful graffiti. You’d never get bored touring this place; it was the perfect spot for spontaneous photoshoots. Unfortunately, our time there was limited to only two hours. But it didn’t take long for me to fall in love with this area and its historical value.

In Valparaiso, there was this huge round-about bordering the beach, and in the middle there was a statue of army men in action, your typical historical monument. But what made it so unique was that in front of the statue there was a torch with fire to symbolize the heroes’ never-ending legacy. The fact that they were able symbolize their immense pride for their heroes as they did with the church was very motivational to me.

Even though Chile is more than 2,000 miles long, everyone seems to be united by their pride for the country and their love for each other. One time I saw a local businessman hold off his phone call to help an elderly woman get to her destination. Another time, someone helped a visually impaired man shop for gifts. No time spent in Chile would be enough for me, if I can in the future, I’d definitely go back to explore everything else the country has to offer and try to meet as many people as possible.