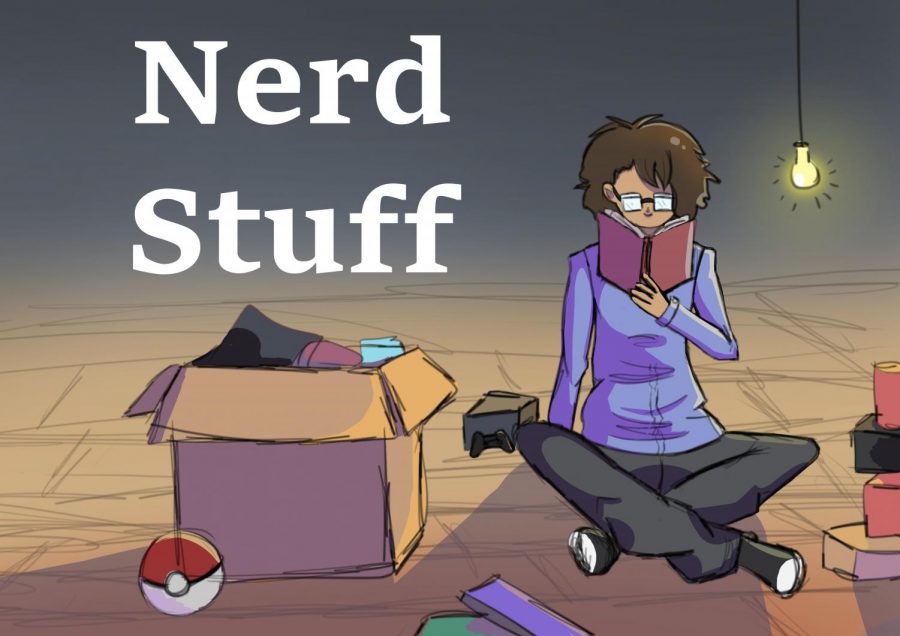 If I had all the time in the world, one thing I would dedicate myself to doing more of is listening to podcasts. However, I unfortunately don’t have all the time in the world, so the amount of podcasts I have been able to immerse myself in is pretty limited. My favorite part about a podcast is that you can learn from or be entertained by them without having to dedicate 100 percent of your time into them because it is only audio. For example, I love to doodle or do chores while listening in on some pretty neat stuff. Anyway, enough of me rambling, here’s a couple of nerdy podcasts I like to listen to:

Three brothers, Griffin, Justin and Travis McElroy, and their dad, Clint McElroy, play “Dungeons and Dragons” together and decided to podcast themselves. The co-hosts tell an incredibly hilarious narrative that, as you get further into the show, gets more complex and emotional. Between crazy character voices, bad rolls and a whole lot of wit, this family never fails to impress comedically. Also, you don’t need to understand the mechanics of “Dungeons and Dragons” to enjoy their tale. I highly recommend this podcast to anyone looking for a good time.

“Myths and Legends” is a more informational podcast I recently started that retells folklore with an almost sardonic tone. I recently finished listening to the original story of “Aladdin,” which is much different than the Disney version. While it can be a little dry in some aspects of storytelling in the beginning, it’s nice to learn the truth behind popular cultural icons or mythology. I would even consider the podcast somewhat refreshing to not have an abundance of flare; I can appreciate its simplicity.

This podcast is also done by the McElroy brothers. It’s supposed to be an advice show where people send in questions and the brothers attempt to answer it. But, the questions are often strange, and the answers are even stranger. In this podcast, the McElroy brothers never cease to amaze with their comedic wit that’ll have just about anyone bawling with laughter. At the end of the day you might even learn a thing or two.

“Fate and the Fablemaidens” is another “Dungeon and Dragons” podcast done by an all-female cast, and is very well done at that. It’s similar to “The Adventure Zone,” but is centered less around comedy. There are a lot of good puzzles and great world-building, and it’s much more peaceful than a cliche “Dungeons and Dragons” game. It’s also advertised as a family friendly podcast for all ages, which is neat for its genre. Overall, the cast, music and story are superb and professional.

This one’s a bit strange. It’s set up as a radio show for a fictional town where lots of weird and supernatural things occur. I like to listen to this one when I’m really bored. I’d recommend this one to people looking to add a little bit of creepy into their lives.