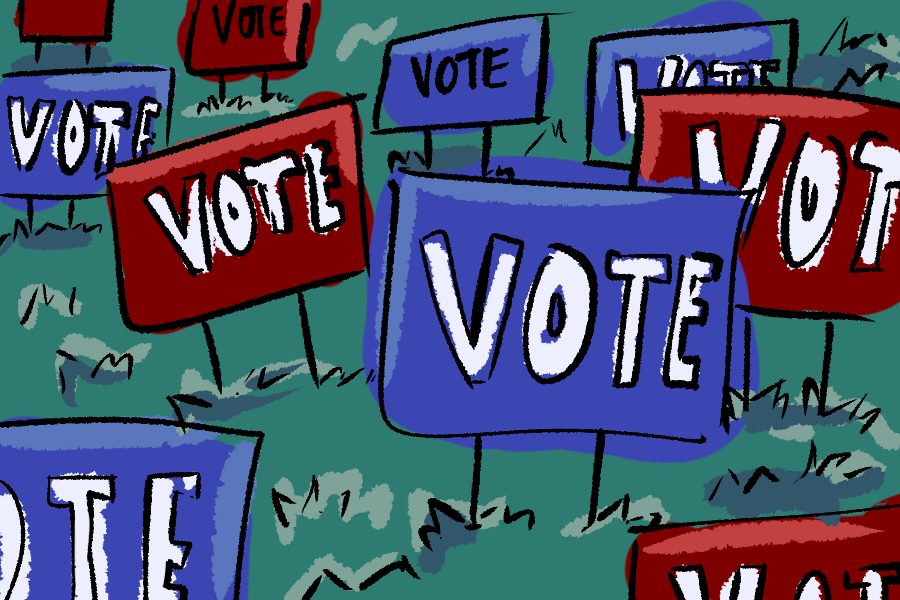 I vividly remember the 2016 election. Donald Trump was going to be the next president of the United States of America and I was going to be dreading the next day of school. I remember my 13-student-very-talkative-World-History-AP class being subdued the next day, all of us upset about how the whole election turned out.

But with the knowledge I gained through taking history and government classes, I realized I didn’t understand politics enough to understand the gravity of this election and the importance of informed voting. When it came to the question of voting, as a sophomore, I was indifferent; I didn’t really care if people were taking the time to vote. All I understood was that someone who I thought represented many of my views, was not elected.

Our government was built on the idea of separation of powers, which is the assigning of authority of governing among three branches (executive, judicial and legislative) so that no part of the government becomes too powerful. Separation of powers works because branches of government have checks on the powers of the others. For example, the president, the head of the executive branch, can nominate judges for the judicial branch and can veto, or overturn, laws made by Congress.

In this presidency, turmoil has become the regular. We saw the rise of the travel ban, families separated from children, various scandals from sexual assault to tax evasion and most recently we saw the controversy and nomination of Brett Kavanaugh.

When the world seems to be going into chaos, it’s natural to feel hope has evaporated. However, our government is built so that we, as citizens, have the power to stifle some of the injustices that may occur within. Congress checks on the presidential power by being able to override vetoes and can check the court’s powers by approving presidential nominations. For the checks and balances system to work, citizens need to vote.

As young adults, people tend to underestimate or disregard our opinions, but we can make an impact. Being active in the news and following unbiased sources or even having discussions with different minded people can help you formulate your own informed opinion.  We all have different views, and that is fine; feel free to disagree with me an issue on policy, but vote. Let our individual unique, informed voices be heard to convey who we are and what we want. VOTE.