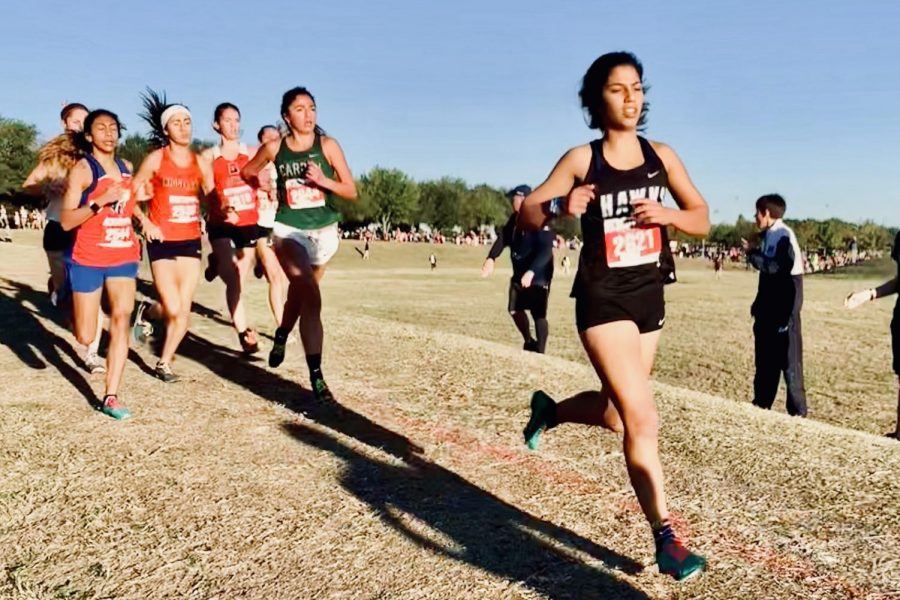 “My usual race plan is to start toward the back and work my way up which I did very well,” Fazel said. “I knew it was going to be fast so I was definitely hoping to PR (beat a personal record) – my previous PR was 18:03 and I ended up running a 17:56 – and I was hoping for top ten placement, but I didn’t make it.”

Fazel’s and Richter’s performance in the 5k placed them among the top five fastest Hebron runners ever.

“It [has] definitely always been one of my goals since my freshman year,” Fazel said. “I’ve been surrounded by elite runners, so I always wanted to be performing up there with them. Getting up there meant a lot to me.”