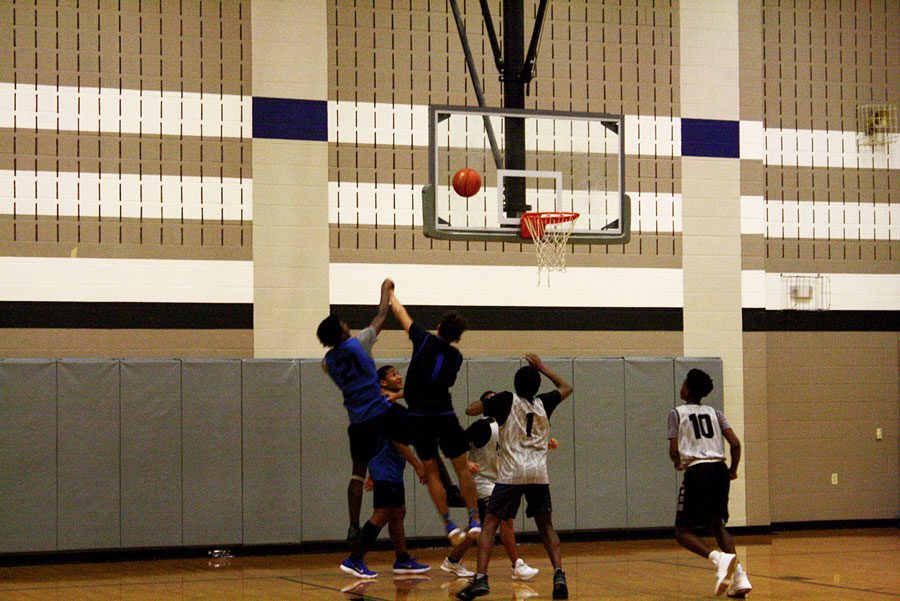 Boys basketball played the Byron Nelson Bobcats at home on Jan. 16, winning by a score of 69-61. The Hawks went into the game with a record of four wins and one loss , and the win moves them to 5-1 and first place in district 5-6A. The Hawks have an away game Friday at LD Bell at 7:30 p.m.

“[I would consider the biggest weakness] against Nelson to be the height difference,” Bishop said. “You have to find a way to help rebound against the size of their 6’ 9” player. We also don’t want to lose track of the good shooters. The perimeter players could really hurt us too.”

The Hawks scored 12 three-pointers with the top scorers being junior Trejan Bridges with 22 points, sophomore Darius Snow with 20 points and senior Courtney Murrell with 18 points. Hebron was lead by 10 points until the second quarter when the Bobcats caught up leaving the Hawks with no more than a 3-point lead for majority of the rest of the game. Bishop said his team did well against Nelson’s height.

“Our post players worked hard on the 6’ 9” player,” Bishop said. “[Our] good perimeter shooting game [helped and we] made most of our free throws.  [And we] had enough defensive plays to help keep us ahead.”