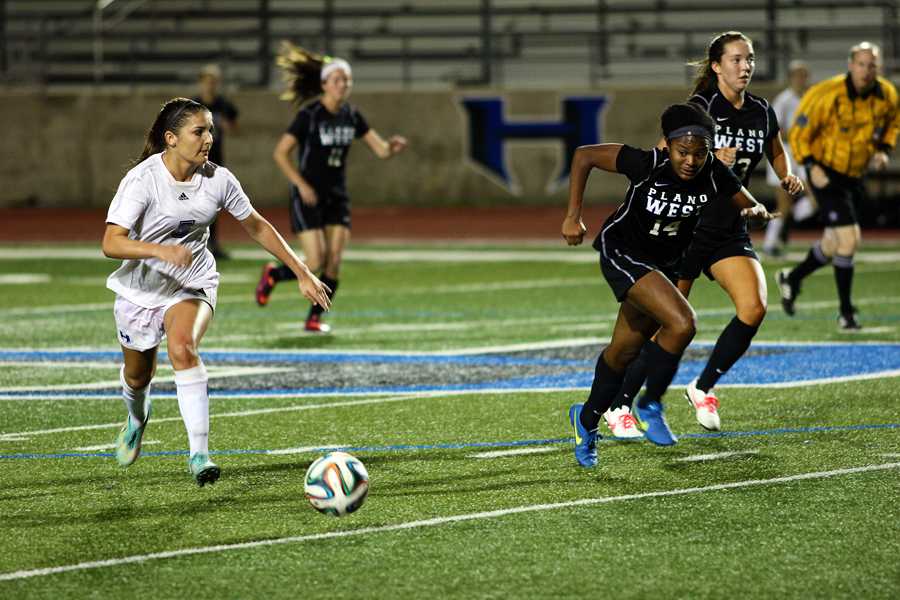 [vc_row][vc_column width=”1/1″][vc_column_text]Despite their hard efforts, girls soccer was defeated by Plano West this Tuesday, which was also their first loss of the season.

Although Lauren Frank scored a goal in the first half of the game, Plano West tied the score just five minutes later, making the score 1-1 at the half. The Hawks and Wolves seemed to play carefully throughout the first half, making sure they didn’t make any mistakes which would lead to a goal.

The Hawks started out the second quarter more powerfully, putting emphasis on their offensive players to score a goal. However, the Wolves used this to make a turn-around and scored two extra goals. The Hawks played well but they could not make a comeback before the end of the second half, leading to their first defeat of the season.