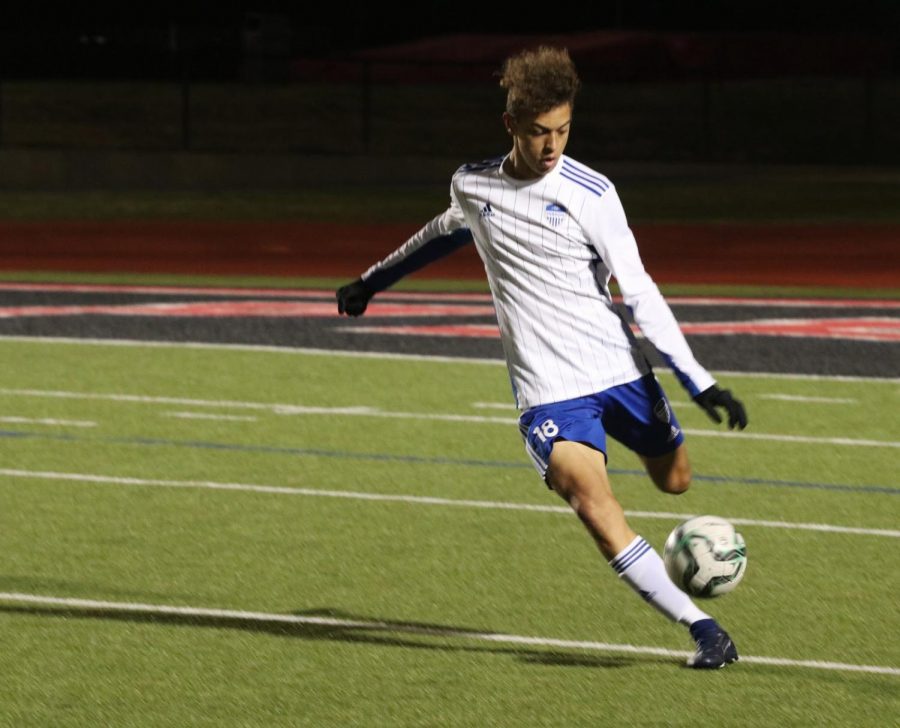 Junior Cayden Casburn clears the ball to deny the Cowboys a chance to score. Casburn is a defender and this is his first full season on the varsity team.

The soccer team played the Coppell Cowboys in a district match on Jan. 28 at the Buddy Echols Field in Coppell. Though the score was tied throughout the majority of the game, the Hawks scored two clutch goals in the last 20 minutes. They were able to fend off any chance of a comeback and won the game 3-1, bringing the Hawks to third place in the district.

The Hawks will be playing Marcus, who is currently first in the district, next on Jan. 31 at the Marcus Marauder Stadium in Flower Mound.