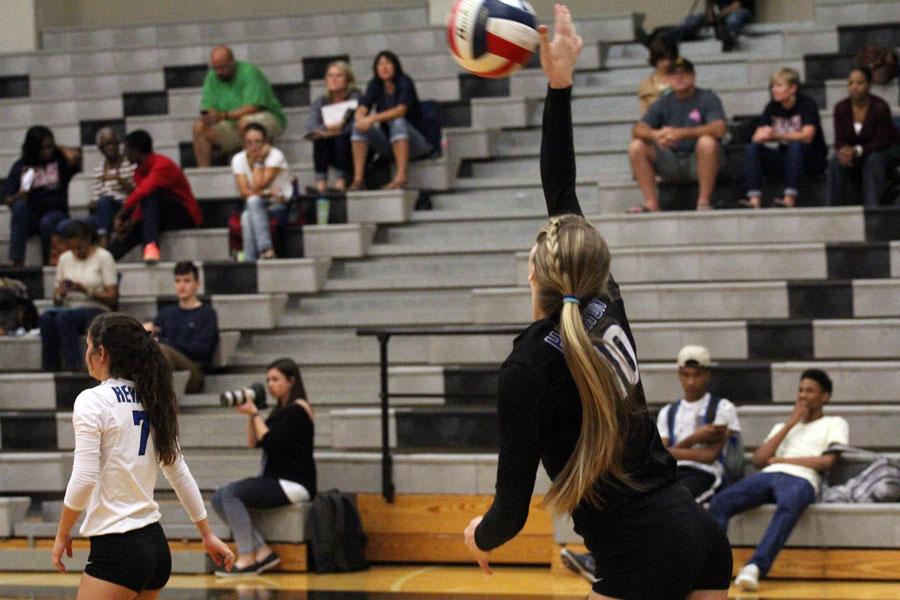 On Tuesday, October 13th, the Lady Hawks volleyball team hosted the district rival Allen Eagles in a home game at the woodshed.

When the two teams met on September 11th, the Hawks won the game, 3 sets to 1. Hebron volleyball entered the game with an undefeated 11-0 district record, looking to extend their streak. The Hawks benefited from a bye last Friday and looked to take advantage of the additional rest and preparation against Allen. In the first set, the Eagles won by the slim score of 28-26. Allen came out strong in the second set and won 25-22, taking a nearly insurmountable 2-0 lead.

After falling down 2-0, and with their backs against the wall, the Lady Hawks fought back, winning two consecutive sets to even the game 2-2. Hebron won the third and fourth sets in dominant fashion, 25-12 and 25-15. Maintaining poise and composure in the face of adversity helped the Lady Hawks force a fifth and final set.

The physicality of the Allen team, which had a clear height advantage, proved too much for the Hawks to overcome, as the Eagles narrowly won the fifth set, 15-11, to win the game and hand Hebron volleyball their first district loss on the year. With the loss, Hebron’s district record falls to 11-1 heading into Friday’s game against the Flower Mound Jaguars.[/vc_column_text][/vc_column][/vc_row]